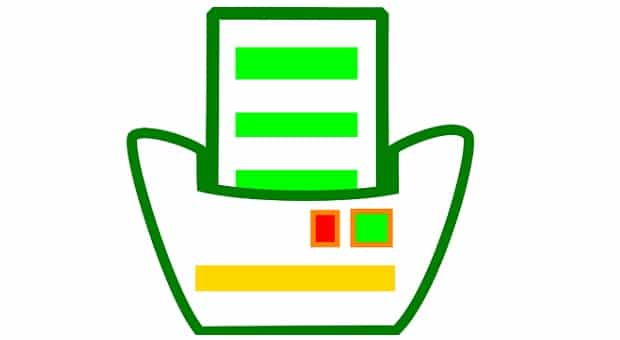 So, you want to print from Surface RT or Surface Pro? It’s actually pretty easy but you may run into some compatibility issues when using the Surface RT.

This is because the RT can only get drivers from Windows Update so if you have a printer that’s not supported by Microsoft, you won’t be able to print to it. Fortunately, most newer printers are supported; however, if you have a 4 year old Cannon printer lying around, it probably won’t work.

You can save yourself some time and frustration by checking the Surface RT.

The Surface Pro, on the other hand, doesn’t really have any compatibility issues as you can install drivers from the printer manufacturer. This means if there is a Windows driver for the printer (preferably a Windows 8 driver) then you’re probably good to go.

Now that we’ve got that out of the way, let’s go ahead and show you how to get your printer installed.

If you have a wireless printer or are trying to connect to a shared printer on your network, follow these steps. For these instructions, we’re going to assume you have the printer powered on, connected to the network/shared and working correctly.

If the printer is being shared by another computer, you may need to make sure you’ve joined the proper HomeGroup. You can get instructions for doing that here but I’d wait to see if you need to do it before bothering with it.

Follow these instructions to setup a wireless or shared printer from within the Metro interface. 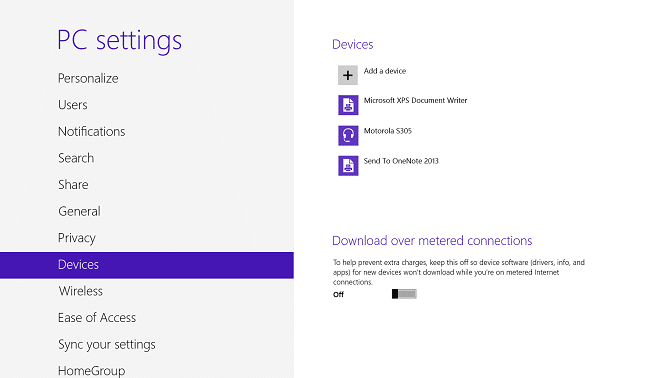 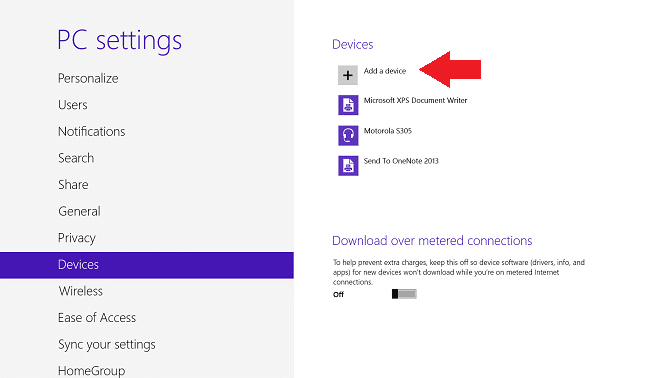 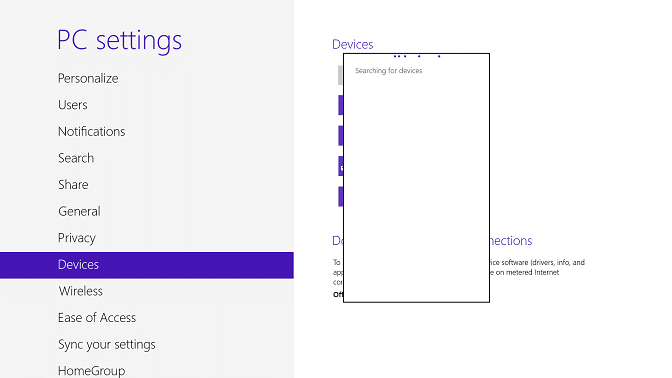 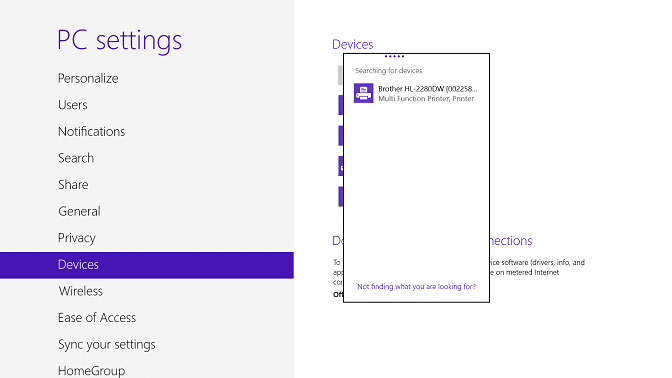 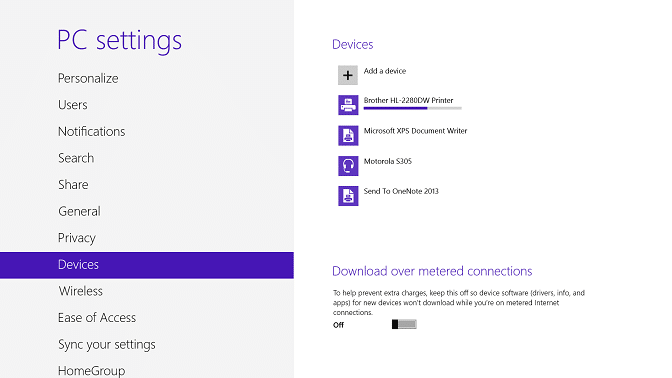 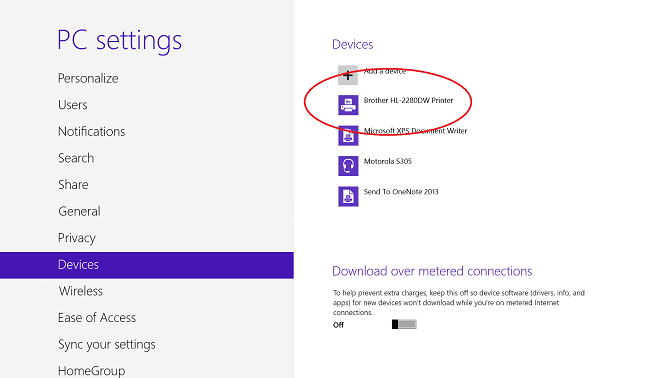 Sometimes, the Metro method doesn’t quite work. This can be for a few reasons, for example if there’s more than one driver that would work for your model. Fortunately, the desktop method for adding a printer works and actually seems more reliable than the Metro version.

In addition, this method is the only one that will allow you to add 3rd party drivers on a Pro. Here’s how to do it: 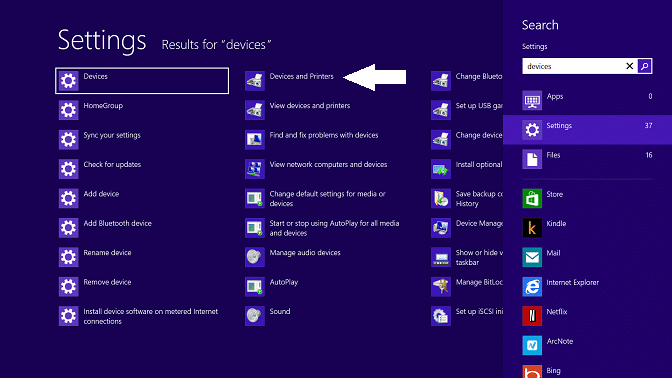 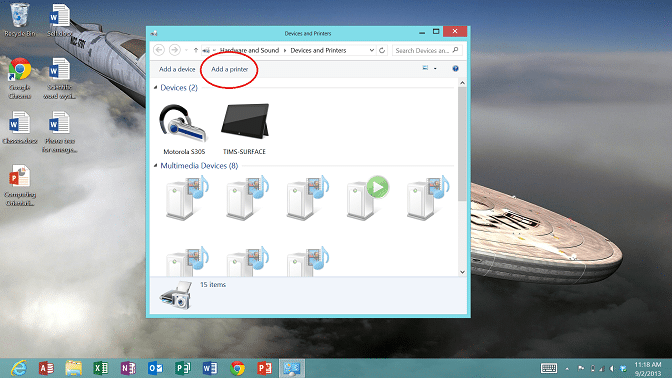 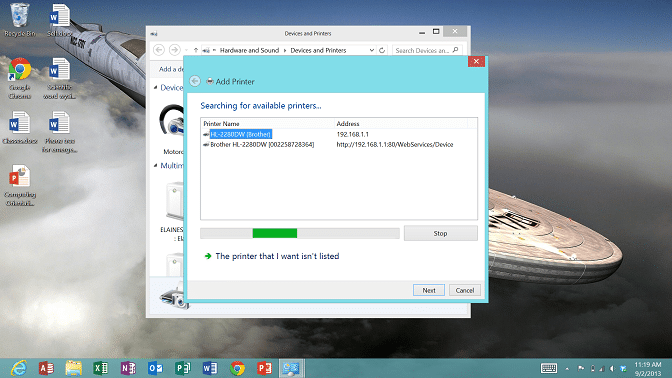 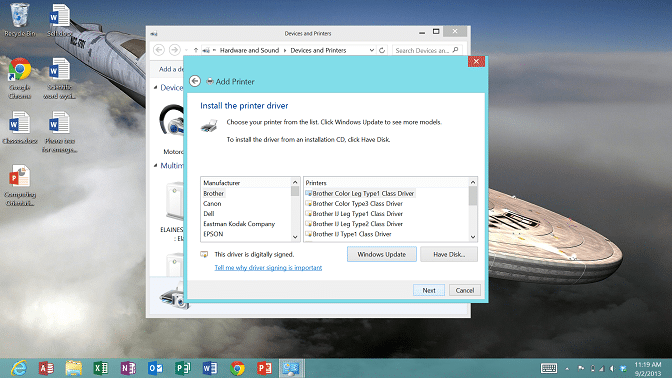 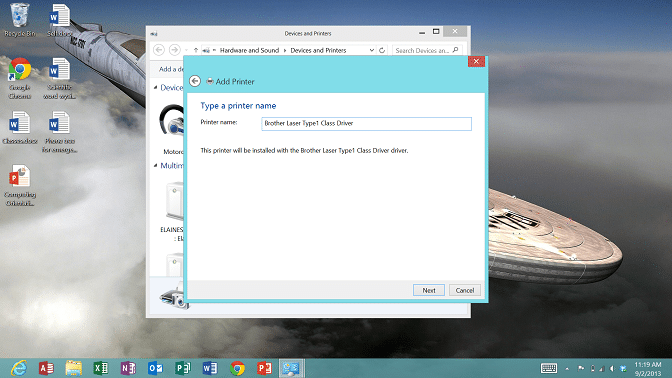 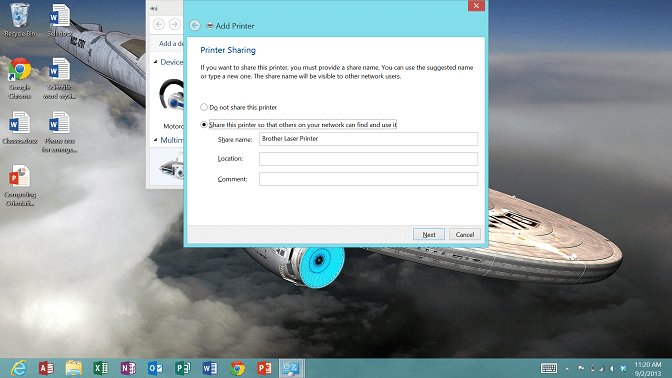 That’s it. You’ve successfully gotten setup to print from Surface RT or Surface Pro. You should now see the printer appear under Printers like the example below. 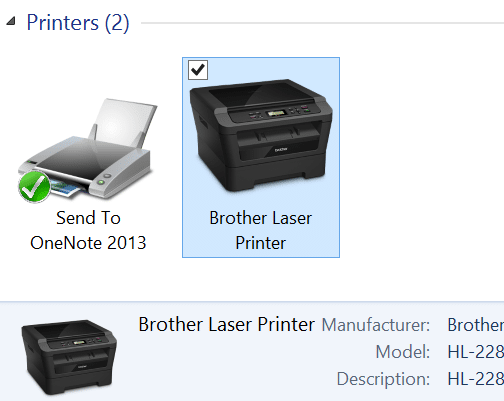 One huge advantage a Surface RT or Surface Pro has over something like an iPad is the built-in USB port. This means that if all else fails, you can print directly to a USB printer.

All you have to do is plug the USB cable from your printer into the USB port on your Surface then use the same steps as the wireless printer setup.

Set or change your default printer

Once you have a printer setup, you’re probably going to want to make it the default if it isn’t the only printer you have configured. To do that, follow these steps.

Now when you print, the printer you just set as default will be the one your Surface tries to use first. Next, we’ll learn how to actually print from a Surface in Metro.

Once you have added a printer, you’re ready to print. For desktop apps, it’s pretty much the same as it has been for the past 20 years so, we’re not going to go over it.

Metro apps, however, aren’t quite as intuitive. It’s not hard to print from Metro apps, just different than you might expect.

Here’s a quick rundown of how to do it: 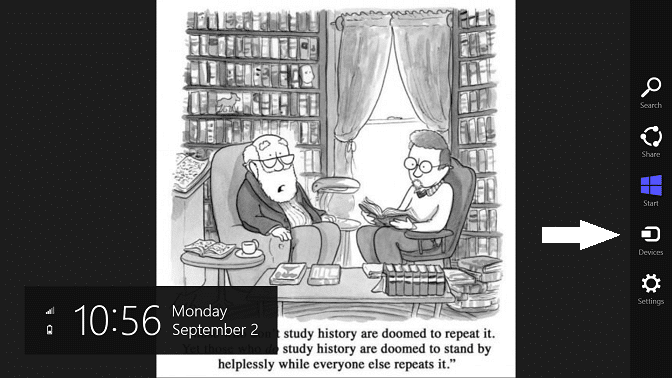 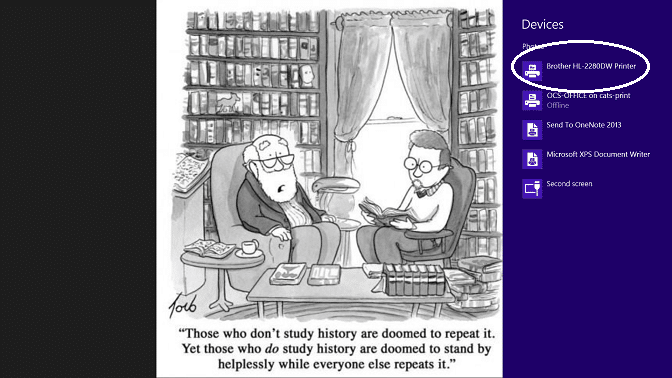 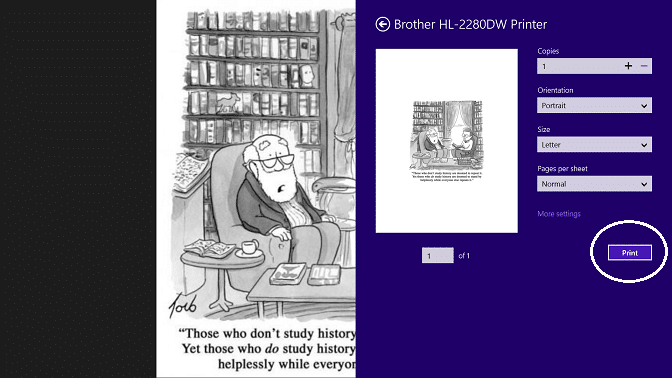 I hope this helps you get off the ground and able to print from Surface RT or Surface Pro. It’s really a powerful addition to the capabilities of such a versatile platform.

As always, if you have any questions or comments just let me know.