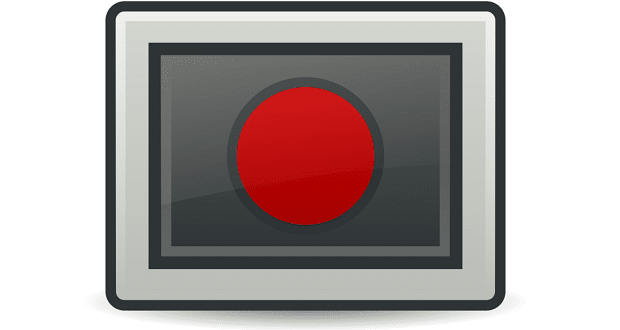 If you have Windows 10 on your Surface, you might not know that it comes with built-in screen recording software. Designed for use when playing games, it’s called Game DVR. This feature of the Xbox app allows folks to record or even stream their games to their friends to watch.

Now before you make fun of folks who would do such a thing, you should probably note that people who play video games professionally can make millions of dollars a year (most don’t but some do). No, I’m not kidding.

Crushed childhood dreams of getting paid to play video games aside, the game recorder can also be used to record any program on your Surface (with sound).

In addition, it will also let you capture screenshots and even has a background recording mode that (by default) can capture the last 30 seconds even if you didn’t manually start a recording.

This is actually quite handy for those “what did I just do” moments since you can go back and see what you just accidentally did. There are a couple of downsides to this built-in screen recording software, however:

If you need something that can do more, you might want to look at programs like Open Broadcaster or Screencast-o-Matic. However, if you just need to occasionally record video of an application (or… ahem… make local copies of YouTube videos) then Game DVR might work for you. Besides, it’s already installed so you’re not out anything by trying it.

Setting up Game DVR to record your programs needs to be done on an program by program basis. Fortunately, it’s pretty easy to do.

Here’s how to setup Game DVR setup to capture other applications:

That’s it. If you haven’t used the Xbox app before, you will be asked to do a short setup process but, it’s very simple, just follow the instructions. Once you’ve got Game DVR enabled for a program, you can bring up the Game Bar by pressing Win+G while the program is running. When you do, it will look like the example below: 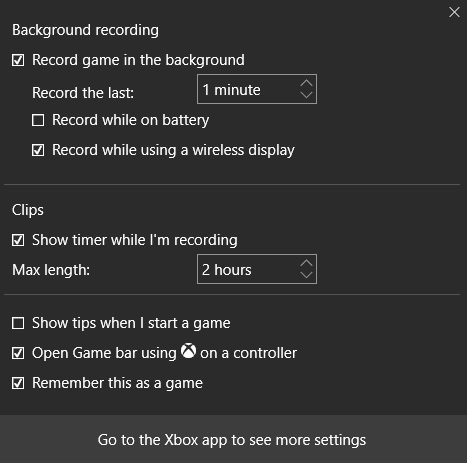 If you tap or press the Settings button, you will get a list of common settings. If you want to see all of the available settings, tap or click Go To The Xbox App To See More Settings.

This is the “classic” screen recorder mode. You start and stop the recorder manually and it will capture up to 2-hour clips (1 hour by default) of the program.  The recording will automatically stop if you change focus from the program, minimize it or, close it.

To start recording a program, do the following:

Alternatively, you can Win+Alt+R on your keyboard to start the recording. By default, when a recording is underway, you’ll get a small red timer in the upper right-corner of the application window.

To stop a recording, press the Record button or Win+Alt+R a second time. The recording will be saved to your local Video\Captures folder.

Once you’ve told Game DVR a program is a game, it will automatically start recording everything in the background when you run the program and will keep the last 30 seconds (by default) but, you can capture longer clips. To trigger it to do a save of the past 30 seconds (if you haven’t set it for longer) do the following:

Or, just press Win+Alt+G. In either case, the clip will be saved to your Video\Captures folder.

Personally, I think this could be a really cool feature for getting help with intermittent problems since Murphy’s law clearly states that a problem on a computer won’t appear when the tech support person is in the room. Just set the program so background recording is enabled then use the “Record That” function then show the video to the tech support person (and hopefully get help).

Just remember, if you change focus, minimize or, close the program. Game DVR will throw out the background recording. However, if you restart it or change focus back to the program, a new recording will be started.

Finally, you can also use Game DVR to capture screenshots. I know it’s already pretty easy to get screenshots on a Surface but, this is another way you can do it:

The screenshot will be saved in your Videos\Captures folder as a .PNG file (normally, screenshots are saved to Pictures\Screenshots).

That’s pretty much it. At this point you should be able to capture video and screenshots from any program running on your Surface.