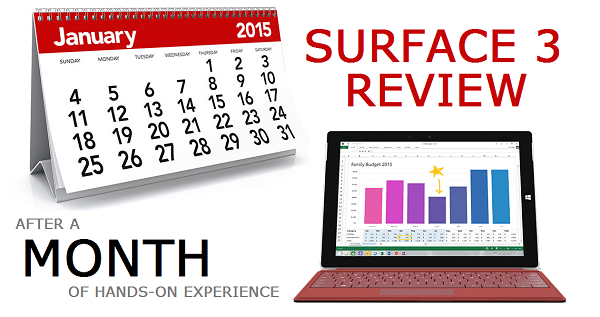 Joanna and I have spent a month with the Surface 3…. OK, nearly a month.. and we’ve come up with a list of six opinions we’ve formed about Microsoft’s newest addition to the Surface product line.

These observations are the type of thing you only discover after you really use a product for an extended period of time and should be useful for you, if you’re still on the fence about getting the Surface 3.

Surface 3 Review – After a Month With the Surface 3: Screen

As we’re both….. ahem… well into our 40’s, having a good screen that is easy to read is important to our slightly older eyes.

We’re happy to report that we found the Surface 3 screen to be bright and crisp. We both really like the size and feel that it is every bit as easy to read as the screen on the Surface Pro 3 despite being smaller.

Surface 3 Review – After a Month With the Surface 3: Performance

We’ve both been happy with the performance of the Atom processor in the Surface 3. We opted for the 2GB model and have been pleasantly surprised with the pep of this little tablet.

Now, don’t get me wrong, we did adjust our expectations down a bit because we know that it would never perform as well as a Core i5 but so long as we stick to reasonable apps like Word, Acrobat, GIMP, etc… (and I leave playing KSP to my venerable but still powerful SP2), we’re quite happy.

Surface 3 Review – After a Month With the Surface 3: Keyboard Cover

Joanna is a huge fan of the Surface 3 Type Cover. In her opinion, it is the best type cover yet. She really likes the touchpad as she says it is more responsive and “smoother feeling” than the one on her SP3.

Myself, I find it to be a nice little keyboard but I’m not quite as enthusiastic about it as she is. However, I do like the addition of a Fn Lock and dedicated screen rightness controls on the S3’s Type Cover.

Surface 3 Review – After a Month With the Surface 3: Touch

While our observations have been positive up to this point, this one falls more into the “neutral” category.

Basically, while the Surface 3’s screen is crisp and bright, we have found the touch interface to be a bit…. well… laggy. Not laggy to the point you can’t use it but laggy to the point that you can “feel it” when you touch or drag something on the screen.

It’s a bit subjective, I understand, but Joanna and I both felt that the Surface 3 touch screen just isn’t as responsive as the screen on the Surface Pro 3.

Don’t get me wrong, it’s not bad. In fact, we both felt it was better than the touch responsiveness of my Dad’s new iPad Air 2. It’s just not as good (we feel) as the touchscreen on the preceding model in the Surface family – which was superb.

We figure it’s a trade-off for the extreme thinness the Surface 3 offers.

Surface 3 Review – After a Month With the Surface 3: Charging and Charger

Just so you don’t think our opinions are all kittens and butterflies – if the touch interface falls under “neutral” then the charger on the Surface 3 is firmly in the “bad” category.

Basically, the Surface 3 charger only supplies 13W which is not enough to charge the Surface AND use it (for any significant task) at the same time.

While it’s true that the Atom x7-Z8700 CPU used by the Surface 3 has a Surface 3 will simply run out of power and shut down even though it’s plugged in!!!

Personally, I see this lack of a properly sized charger as the single biggest failing of the Surface 3 but, we’re not done ripping on the charger quite yet…

In addition to being under powered, the connector on the Microsoft-supplied charger is loose and doesn’t easily or firmly fit into the Mini-USB port on the Surface 3. Below are some pictures illustrating the ill-fitting connector. 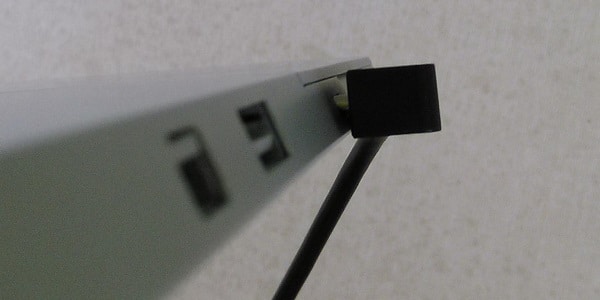 Personally, I can’t understand why Microsoft didn’t mold the connector to match the beveled edge of the Surface 3 because that would have probably solved the issue. 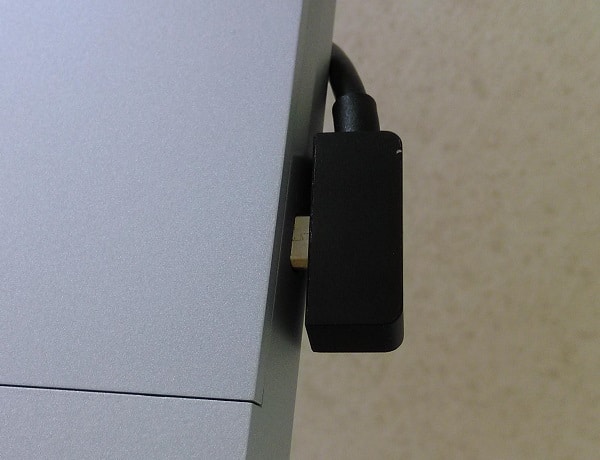 OK, that’s not true. I’m sure some middle to upper level manager got a huge bonus during product development for saving a few pennies from the per unit cost but, come on people!!!

Microsoft has been in business long enough to know that they shouldn’t cut corners like this because it never pays off in the end. All I can say is that I’m disappointed.

Surface 3 Review – After a Month With the Surface 3: Conclusion

Overall, we really like our new Surface 3 and are really happy that we have it in our Surface “family”. However, we are disappointed with Microsoft for the charger capacity and design.

So, if you are wondering if the Surface 3 is a good tablet and worth the price the answer is “yes“.

If you’re wondering if the Surface 3 charger is an improvement over the (sometimes problematic) Surface Pro 3 charger then the answer is “probably not“.

Oh, before questions start showing up in the comments, you may have noticed that “battery life” is conspicuously absent.

I don’t like to take too many shortcuts with my battery tests; so, it takes me a bit longer than the folks who just run the battery down once and call it good. Be patient, I’m doing a separate article on it which will be posted soon.