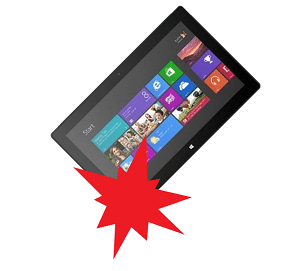 It was in slow motion  – like it always is when you drop something expensive. I watched as my wife’s new $899.00 Surface RT tablet headed for the floor.

She’s never going to let me live it down….

I watched, helpless, as it dropped from the 4 foot high service desk towards the hard tile floor – my futile attempt to catch it only making it worse.

At the moment of impact the keyboard went flying as the tablet skidded, face down, across the floor and hit the wall 5 feet away. Hard.

I rushed over to scoop up the Surface moments after it came to a stop. I was sure it was broken and was preparing myself for the onslaught of taunting from my wife that I was sure was to follow.

As I tentatively turned it over in my hands, I noted only one bit of apparent damage. There was a small piece of the outer case missing from the corner that struck the floor but I didn’t see so much as a scratch on the rest of the device.

I pressed the power switch and saw the familiar “Surface” appear on the screen.

It turns out (as I discovered first hand) that Microsoft had put together a pretty tough little device. Its case is constructed of a material called “VaporMg”(pronounced “Vapor-Mag”) which is a magnesium alloy reported to be three times lighter than aluminum and just as strong.

The display is protected by a material called Gorilla Glass. If you don’t know about Gorilla Glass, here’s a little video via which shows a phone equipped with it being used as a hammer.

This combination of the alloy case and Gorilla Glass allowed the Surface to survive a considerable fall with just superficial damage and full functionality.

My little accident isn’t the worst I’ve heard of a Surface surviving. I posted this account from someone over at  Windows Phone Central in an earlier post. It tells the story of his Surface getting run over by a car!!!

So, don’t worry about the durability of the Surface. While I wouldn’t recommend using it as a squash racket, for occasional drops and abuse it’ll hold up just fine.

Oh, and if you’re wondering about that little chip in the case I mentioned, come back in a few days and I’ll post an article on how I fixed it so it’s (almost) as good as new. 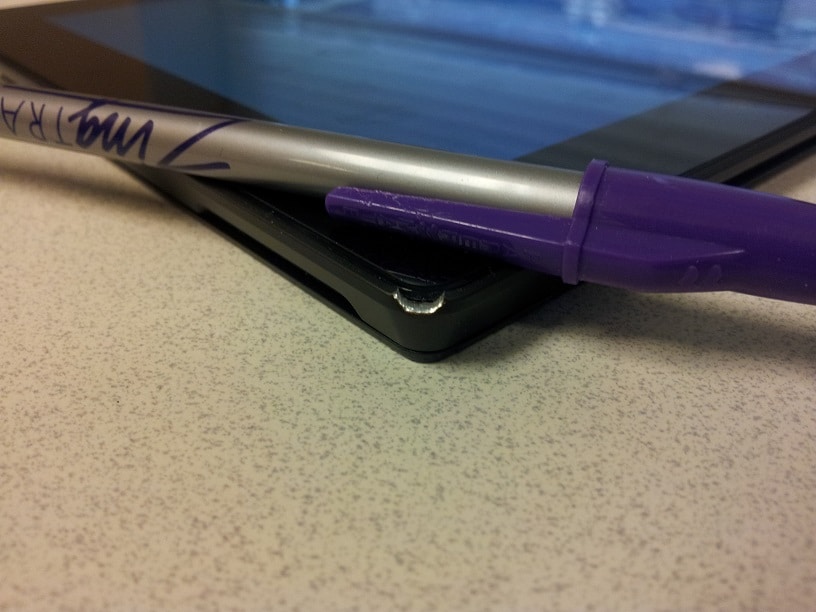