Well, another week has come and gone with relatively little news on the Surface front. Believe it or not, that’s a good thing because, lately, the media has been “hyper” focused on the (now fixed) power issues with Surface tablets. So, as with so many things, no news is good news nowadays.

However, it does make it challenging for me to write a weekly Surface news roundup when it’s quiet. So, I had a choice, I could either perpetuate wild speculation about the Surface Phone and/or Surface Pro 5 OR I could really dig into the news stories and come up with something interesting. I chose the latter.

Here is what I came up with this week for Surface related news stories for your amusement, information, and/or inspiration…

Alright, let’s get going then…

Well, it seems that Microsoft’s latest Windows build (14279) causes many Surface devices to freeze when installed. Fortunately, since it has only been released to some Windows Insiders (and even then, only those on the fast track), you don’t have to worry about this issue affecting you anytime soon.

If you’re not familiar with the Windows Insider program, it’s essentially, a chance to be a beta tester for Microsoft. In exchange for getting the “latest and greatest” before anyone else, you also have to, occasionally, suffer through problems such as this one. That way, Microsoft can fix them before it’s released to the masses (which makes life easier for the rest of us).

So, while it sounds bad that Build 14279 is causing Surface devices to freeze, it’s all part of the deal.

We’re investigating an issue in which some Surface Pro 3, Surface Pro 4, and Surface Book devices experience a freeze or hang and all input such as keyboard/trackpad and touch do not work. The workaround is to hold down the power button to force the device to hard-reboot. – Microsoft

If you happen to be a Windows Insider, and found this article while looking for a remedy, I can tell you that a 2-button shutdown does seem like your only option at the moment. However, they are working on a fix, which should be pushed out soon. 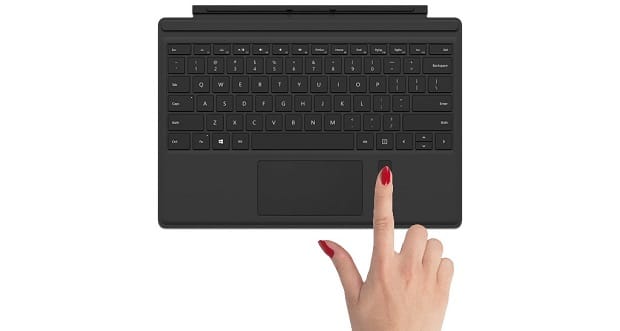 In a pair of announcements, released the Surface Pro 4 Type Cover with Fingerprint ID for pre-order in 26 different regions outside of the USA. If you’re not familiar with the new SP4 Type Cover and fingerprint reader, here’s a short video from Microsoft:

The first announcement hit Microsoft Germany on March 1st and included only Germany and the U.K., however, a second announcement a couple of days later included the remaining countries on the list below:


So, if you’ve been waiting to get your hands on a new SP4 TypeCover with the included fingerprint reader, you might not have long to wait. Yes, it will work with your SP3 too, so you can finally have built-in bio-metric login via Windows Hello.

Started as a marketing campaign to highlight the “artsy” uses for the Surface, the Designed on Surface project paired 12 artists in 12 different countries with a Surface tablet, so they could use them to design murals.

The latest mural comes from Portugal (just outside of Lisbon). Sergio Odeith (the artist) calls his style “sombre 3D.” In the mural, we can see a writer from Portugal (Fernando Pessoa) depicted sitting in the café where the mural is located.

So, if you’re the artistic type looking for inspiration, give the Designed on Surface site a visit and see what other artists are doing with their tablets.

So, that’s it for this week. I’ll be back again next week with more stories so you can keep up to date on news pertaining to your Surface tablet.