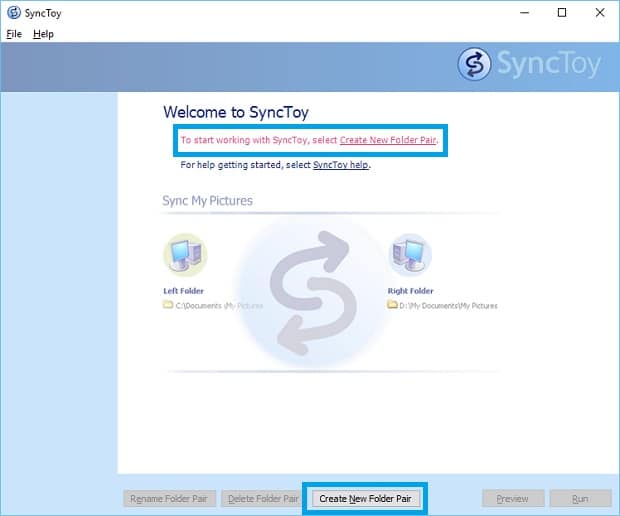 A common question I get is “how do I  keep files on two computers in sync when I can’t use OneDrive?” (or similar software).

This usually  comes from someone who uses an office computer (where they work) and a personally owned Surface. Often this issue is complicated because corporate security guidelines or compliance standards such as FERPA, HIPPA, ITAR, etc. (If you don’t know what any of those are, consider yourself lucky that you don’t have to deal with them).

However, sometimes, it’s as simple as you and your spouse wanting to share files back and forth easily at home. And, you may not want to involve the “cloud” in the process, for whatever reason (privacy concerns, limited internet access, slow links and big files, etc…).

So, how can you do this easily? Well, it’s a bit of an “old school” solution but, you can use SyncToy from Microsoft.

SyncToy on Surface Tablets: What Is SyncToy?

Microsoft SyncToy is a small (free) utility Microsoft made several years ago to help system admins more easily keep two or more folders on different computers in sync. Over the years, they added features and made it more reliable.

One of its most useful features is the ability to analyze the file content to make sure that it’s not overwriting something, just because the files have the same name. If you’ve ever collaborated on a project where everything was kept on a simple file share, you’ll know how easily a newer version of a document can get overwritten with an older (or different) version.

SyncToy on Surface Tablets: Where To Get It

You can download version 2.1 of the SyncToy from Microsoft here: https://www.microsoft.com/en-us/download/details.aspx?id=15155

For this example, and to keep it simple, I’m going to assume you’re trying to share files between two Surface tablets. With a little bit of technical savvy, you could expand on the example to share the files with multiple computers, a server/NAS device, or even to a Mac or Linux machine.

Since we’ll be dealing with two machines to do this setup, I’m going to call the one where SyncToy is installed the “active partner” and the other one the “passive partner” to keep it from being confusing. 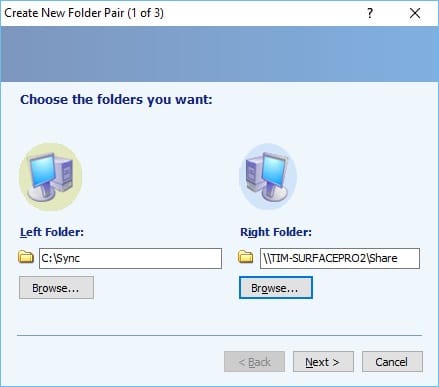 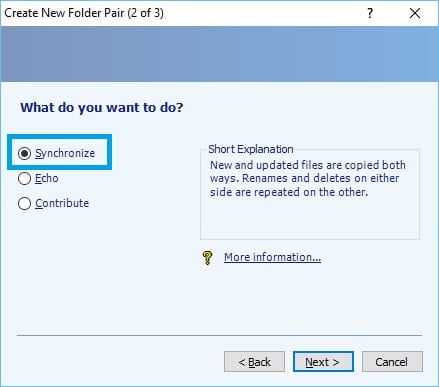 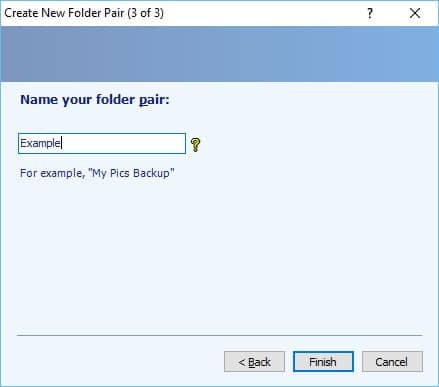 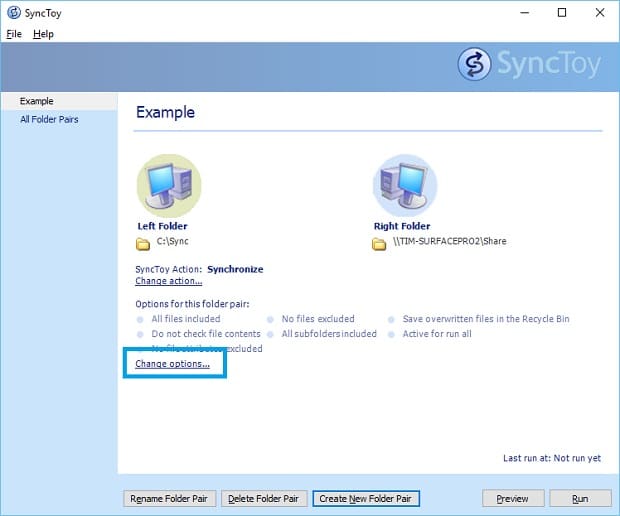 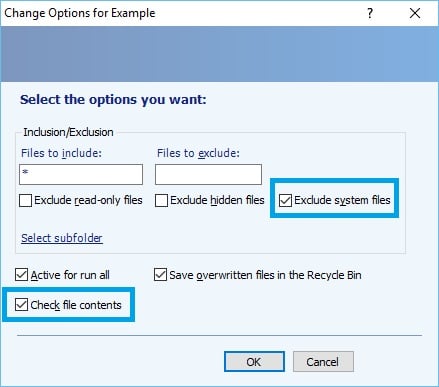 Congratulations, you now have a folder pair setup to sync.

As you make have inferred, you could set up several sync pairs to keep several devices in sync using the SyncToy tool. With a little bit of forethought, you can sync data to or from just about any device on your network, so long as the device supports CIFS/SMB (which is practically every computer/phone made in the past decade though you might need to install an app on iPads, iPhones & Android devices).

SyncToy on Surface Tablets: Using It

Once you have it configured, all you have to do is start the SyncToy and select the Run button as shown below. 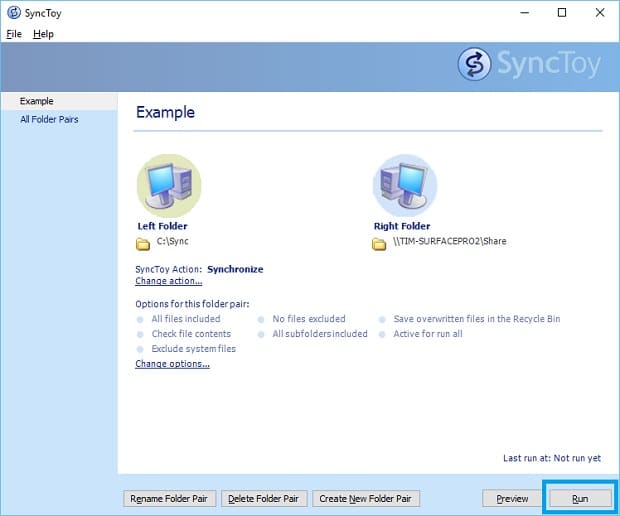 Once you do so, the SyncToy will start analyzing and syncing the files between the passive partner’s share and the local sync folder. Any file changes in the sync folder on one Surface will be synced to the other computer. In the event a file was deleted on one of the computers, the file will be placed in the recycle bin of both computers just to make sure it’s not lost in case of a mistake.

Also, for the sync to work, both computers need to be on and connected to the network. Otherwise, you’ll get an error like the one below.

If you are a bit more tech savvy and you don’t want to manually sync the folder, you can use Task Scheduler to setup a scheduled task (for example, hourly) to automatically keep the folders in sync. Just be sure to use “C:\Program Files(x86)\SyncToy 2.1\SyncToyCmd -R” (for the 32-bit version) as the command line in order to keep the SyncToy window from appearing when the job runs.