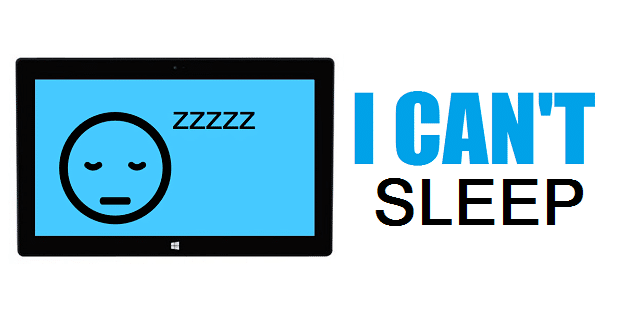 Is your Surface not entering sleep mode and draining your battery?

What could be the problem?

Remember my post about Surface 2 4G LTE – also my favorite Surface) has been having power\battery drain problems.

I did all the usual stuff to test it, see Tim’s post on how to troubleshoot Surface battery drain problems but nothing clear was coming out of my tests. I even refreshed my baby Surface while in a hotel room (and discovered the OneDrive Sync problem, I talked about in Is OneDrive Sync Hogging Your WiFi Connection?) – still no luck.

So, by the time I went to the Microsoft Retail Store, I was ready to throw in the towel and just get a new Surface 2. Well, I’m glad I didn’t because I finally figured out the problem – let me tell you about it and perhaps if you’re seeing the same thing, it will help you fix your device, as well.

As a last, desperate effort to avoid turning in my baby Surface to Microsoft, I decided to do a little more research on the powercfg command and see what else it can tell me. It turns out that this command is quite powerful and has a ton of “switches” that allow you to find out more about your device’s power consumption than I could have imagined. If you want to see the full list do the following:

You will get something similar to the below list (and it goes on and on and on): 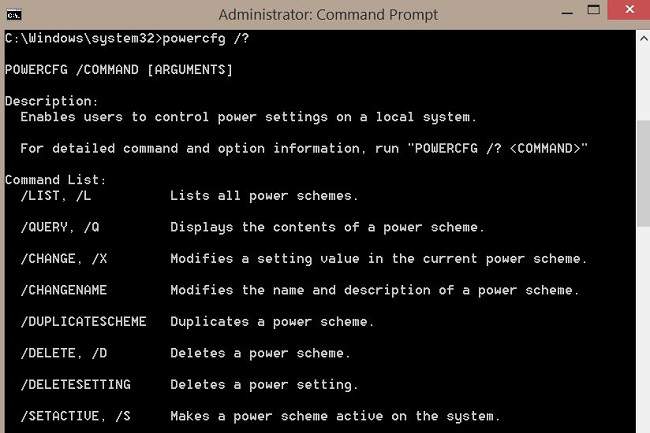 The one that caught my eye was /requests, which shows all power requests from drivers and applications.

Hmmmm…. I thought….that may be useful.

And indeed it was, it finally fixed my problem!

Here is what I did (and what you can do) to figure out why my (or your) Surface does not sleep:

In Desktop Mode, right-click on the Start Button

3. Examine the results for any drivers or apps that are making requests. 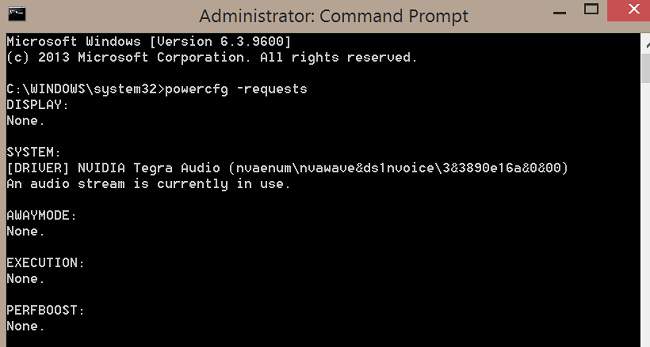 In my case, the Nvidia Tegra Audio driver was constantly being used. This was curious as I was not doing anything with voice or audio on my Surface and hadn’t for quite some time. I restarted my Surface and re-ran the command above and got the same result. This told me that there was definitely something wonky about this driver.

4. The fix: issue the following command to tell the system to ignore all power requests made by the audio driver

TADA! – That fixed my problem!

You can reverse the last step by issuing this command:

And you can view all previously ignored processes by running:

That was it. That is all that it took for my baby Surface to happily sleep again and stop draining my battery. Had I given up on it and taken it to the Microsoft, it would have been for naught because there was nothing really wrong with my device. The problem was a run-away driver in Windows 8+RT, something that is actually pretty common in the Windows environment.

In case you’re wondering, I did test the audio after the fix and while playing a song I ran the powercfg /requests command and the driver did reappear. However, as soon as I stopped playing it, the driver no longer showed – this is normal behavior.

If you’re having similar battery drain problems and your Surface does not sleep, try going through the same steps. You may have a different driver or application draining your battery. If so, simply substitute it for the nvaenum driver I had.

I hope this helps you figure out what’s going on if your Surface battery drain.