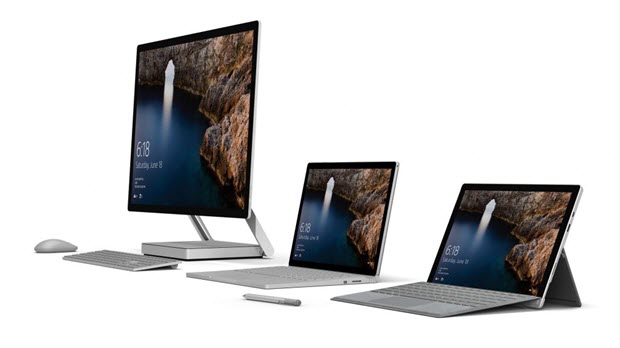 Surface vs MacBook, how are they faring to each other?

Microsoft has “announced” their November sales numbers. “Announced” because no details were given, just like Apple! Apparently, Microsoft managed their best monthly sales numbers ever for their Surface devices, across the globe. This, apparently, excludes Surface Hub which is a low volume product anyhow.

The refreshed i7 version with the “performance base” of the Surface Book probably helped, but the main sales leader of the group is predictably the Surface Pro 4. Just as it was the case with the original Surface Book, this model is currently limited only to few countries (USA and Canada for now). Recently, they have added Australia and New Zealand. Only during the next quarter, the new Surface Book is planned for release to Austria, China, France, Germany, Hong Kong, Japan, Switzerland and the U.K.

As you all know, Apple has recently released their refreshed line-up of MacBooks. That should have seriously pumped up their sales numbers, which should have also hurt the Surface device sales, right? Apparently, wrong. Apple claims their sales are strong. But it doesn’t appear to be impacting Surface sales.

The new MacBooks have been receiving good reviews. But the users aren’t as impressed by them. The general consensus is that the all-new “touch bar” is underwhelming. The new graphics chip from AMD is disappointing. Apple chose not to offer user-upgradable storage which is very unpopular. Not offering a touch screen is driving some users crazy. And there’s more…

On the opposite side, Best Buy USA managed to sell out the Surface Bundle deal within a single day. But they did neglect one small detail – it’s probably Black Friday deal with huge discounts. Is it repeatable? Probably not.

And then there’s the Surface Hub. Remember this TV-like device that had zero expectation of any decent sales numbers? Microsoft has somehow managed to sell to more than 2000 customers across 24 countries. Some purchased as much as 1500 in one order. This has far outstripped Microsoft’s original goal. Good for them. 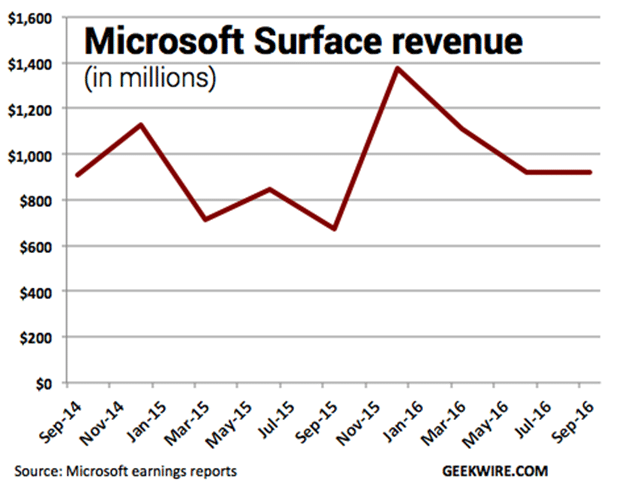 If this pattern holds, Microsoft will once again have the best ever month for the month of December!

Keep in mind though, Apple’s sales numbers are still five times higher than Microsoft’s hardware numbers, even with the latest figures. But, Apple’s hardware business has declined by 17% while Microsoft’s has increased by 38%. Perhaps one day, Microsoft could exceed Apple in hardware sales.

Still, a long way to catch up though!