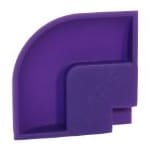 With all of the articles lately about the Surface Pro 3, I thought I’d give the older Surface Pro and RT/2 models a little love. So, today, I’m reviewing the Surface Ears accessory from Mercarium Importing.

These simple devices are made of a soft silicone rubber material that slips over the top corner of your Surface tablet to redirect the sound forward.

This works because Microsoft configured the speakers on the Surface Pro/Pro 2 and Surface RT/2 models to point straight out from the sides of the tablet. The result is that the speakers are not pointing at the person using the tablet (who is probably directly in front of it).

For the record, Microsoft corrected this problem with the Surface Pro 3.

The $12USD ears come in a few different colors to fit your mood/style.

So, now, I imagine you’re wondering if they actually work. The answer is yes – they work as advertised. When you put the ears on your Surface and stay directly in front of it, there is a noticeable increase in sound level. Here’s a couple of shots of them on my Surface Pro 2 (I don’t know why I got pink ones). 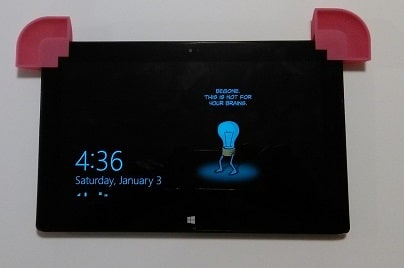 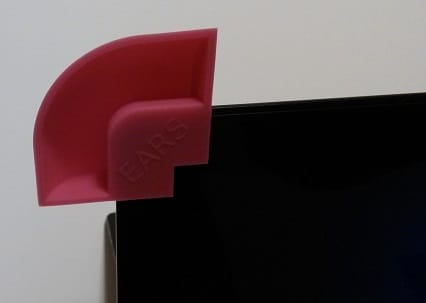 Since I’m not one to leave it at that, I conducted a few tests where I placed my phone (running Decibel Meter from the Windows Phone Store) 30 cm away from my venerable (and favorite I might add) Surface Pro 2 on a 20 cm tall platform.

I then captured several seconds of readings while the Surface Ears in place.

I also did the experiment using a sine-wave tone from the Tone Generator app from the Windows Store at 1k, 3k, and 6k to give you an idea of how well it works at different frequencies.

The results are expressed as graphs below.

For this test, I had to sync up the times as best as I could as the software I chose didn’t let me get both tests lined up exactly. However, as you can see from the graph below, I was able to do a decent job and the blue line (Ears) is generally higher than the orange (No Ears) line. 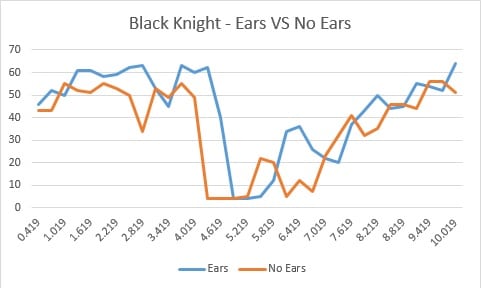 This was a bit easier as it was only a single tone. I took about 6 seconds of samples and graphed them out. There is some noise since I was not doing this in a sound proof room. 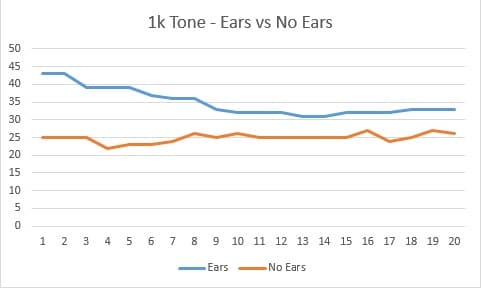 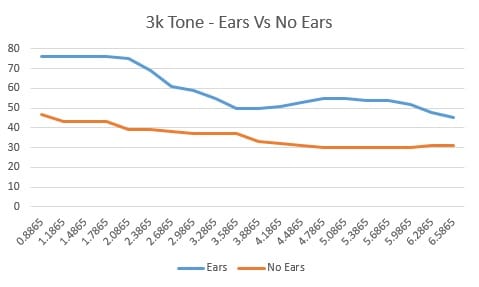 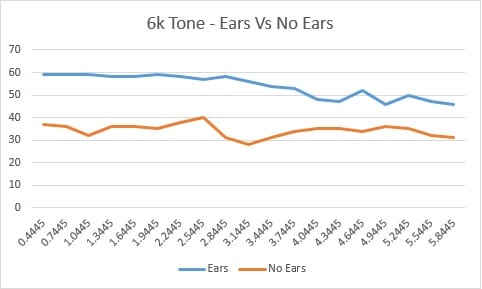 Yes, I know these results are not highly-scientific and I am not presenting them as such. However, I do believe these tests (and the associated results) do show a marked improvement in apparent sound level in front of Surface tablets when using the Surface Ears.

Surface Ears Review: Where can I buy some?

So, since they work, you might be wondering where you can get some. Well, they’re being sold on Amazon as I type this. You can choose from a variety of colors.

I hope you find this post helpful. I tried to present you data as opposed to just opinion – though I think my opinion is usually spot on 😉