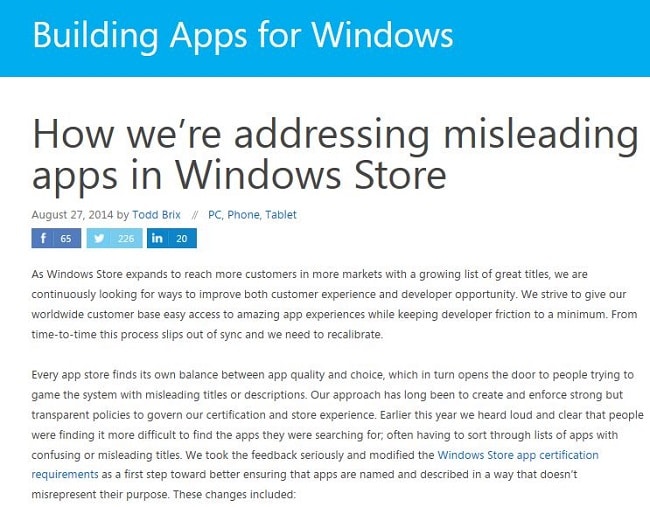 The news is sweeping the internet! Microsoft decided to nuke 1,500 apps from Windows 8 apps store.

In case you’ve not heard, yesterday Microsoft announced that they will be removing “misleading apps” from Windows store. They stated that they “need to recalibrate”, siting “people trying to game the system with misleading titles or descriptions”, i.e. scammers.

What that means to you and me is that the Windows 8 apps store will have better quality apps and less likelihood of scammers selling fake apps in an effort to cheat unsuspecting individuals out of their hard earned money.

When it comes to any apps, my personal philosophy is to go for the free apps as much as possible and read all the available reviews. I will rarely pay for Windows 8 store apps and if I do, it is only after I have done my research and confirmed that there are plenty of good reviews. Then and only then, I will buy.

As for the Surface Pro 3 (and 2), there really is no need to buy Windows 8 apps because full-blown Windows 8 programs are installable. The only exception to that would be if you want something that is touch-friendly and is only available in Windows 8 store.