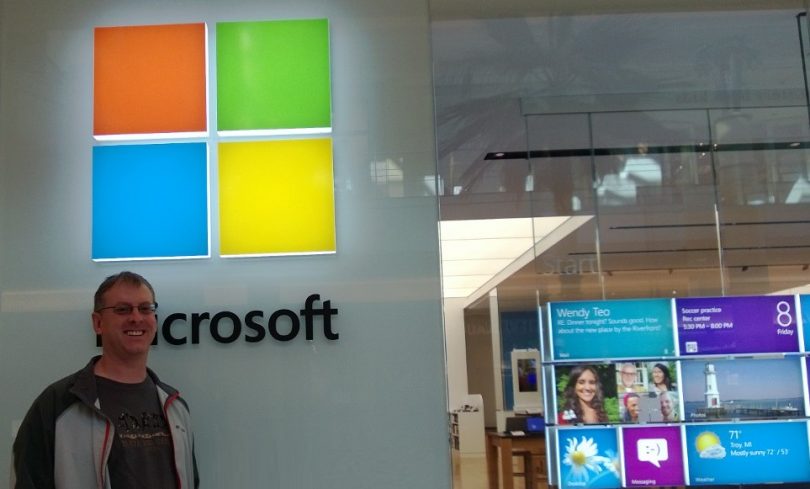 When someone has a problem with their Surface, I often recommend they visit their closest Microsoft Store Customer Service Center. I do this for three reasons:

Well, for about a year now, Joanna and I have been traveling abroad and the last several times I’ve interacted with a Microsoft Store, it’s been the one in San Juan, Puerto Rico.

Now, technically, this store is in the U.S. because PR is a U.S. territory but, the experience has been different than any of the stores I visited in the U.S. and not all of it has been good. So, I thought I’d share my experiences (and maybe get you to share yours) in the hopes of figuring out if it’s just the MS Store in San Juan or if it’s a U.S/non vs. U.S. thing. Or perhaps, it’s just that the Microsoft service experience is declining overall – I sure hope not!

Microsoft Store Customer Service Outside of US: The Good

The best thing about the folks in the San Juan MS Store is the people. They are almost always friendly and energetic. In fact, there’s one woman who works there who has even started to recognize us and engages us in friendly conversation every time, as if we’re old friends. 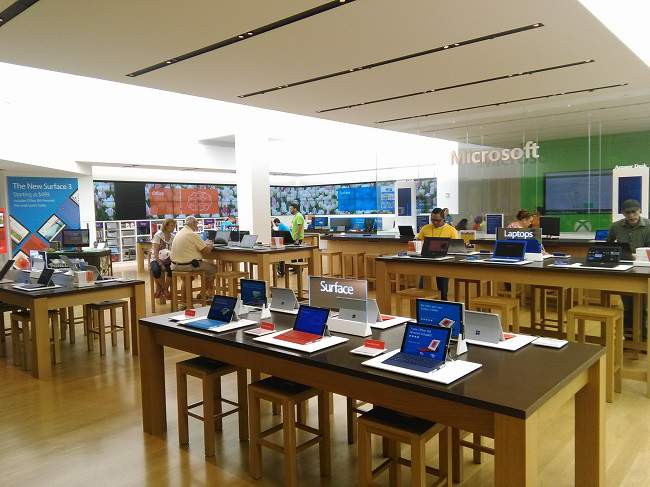 Also, the store itself ifs very clean and well maintained. There’s nothing worn or broken in the entire store – this includes the demo Xbox’s which take quite a beating from the kids.

Microsoft Store Customer Service Outside of US: The Bad

In the USA, when I had a hardware issue, I went into the MS Store, showed them the problem, told them what I did before coming in, and left with a new replacement device – every time. No questions asked and no charge.

However, in the San Juan store, I was informed that there would be a $50 fee if they had to do a warranty replacement. I was not able to get clarification if that was only for certain types of damage (like if I dropped it) or if it was for any warranty exchange. This never came up in my trips to MS Retail stores before, so I was quite surprised. When I asked when they started that, I was told it has always been like that.

Personally, I’ve replaced 2 devices (1 in Michigan & 1 in Florida) and never had to a pay a fee; so, I was shocked to hear this.

In addition, they seem to have “lost” the warranty information for our Surface 3 (bought at that store) and when we went into the store to get it serviced one time, they wouldn’t do the work until we produced the paper receipt proving we had coverage.

Finally, and perhaps most egregiously, there’s almost an aversion to doing replacements. I don’t know if something has changed with MS support policies or if it’s somehow cultural but, it’s almost as if they don’t want to do it (or they’re not allowed to do it) except as a last resort.

Let me give you an example…

My Surface Book was recently having an intermittent problem where it simply wouldn’t start when I first tried in the morning (though subsequent startups were fine). I don’t mean it would lock up during boot, I mean I would press the power switch ad nothing would happen then, magically, 2-3 hours later, the Surface Book would start up on its own and go straight into the UEFI screen. So, after trying everything I could do on my end (including a full rebuild of the device), I took it into the MS Store.

Now, I know they don’t know how much I know about computers and I don’t like to be “that guy”; so, I patiently explained all of the steps I took to remedy the problem on my end (including 2 rebuilds with the latest recovery image) and demonstrated the problem to them. Then I ask them what should be done.

Immediately, the tech tells me that it needs to be rebuilt. I reiterate that I already did that, twice. In response, he tells me that he agrees that it might be hardware-related but they’re not allowed to work on hardware issues, so he has to try all software options first.

Wait, what? That never happened at any of the other stores I visited.

So, I reminded him that it’s intermittent and only seems to happen in the morning (after it’s been off for a while) and he said that he would need to keep the device overnight to see if rebuilding it (again) fixed the problem.

Since I have my trusty old SP2 as a spare, I decided to let it go and come back the next morning. Of course Murphy was in full swing, and the next morning, my Surface Book worked fine. URRGH!

So, when I drove back to the store (1 hour each way) I asked what the process will be the next time the deice starts having a problem booting again and was unable to get a clear answer.

Needless to say, I didn’t leave happy. Not only, did they not do anything more than I had already done, they also could not tell me what will happen next time I have this problem. I guess I’ll be driving the 2-hour round trip again.

I won’t get into what I thought of that but this should tell you why I’m wondering if the Microsoft Store customer service outside of the continental U.S. is poor in comparison to USA.

Microsoft Store Customer Service Outside of US: Your Opinion

So, what do you think? If you’re in or outside of the U.S. and have recently dealt with support at a Microsoft Store, has your experience been good?

Your fellow readers and I would like to hear your experience.