If you are like me, you have a Surface tablet and a Windows Phone – at this point, I got rid of all of my other PCs (but this app will run on any Windows 8 PC).

Recently, I ran out of space on my Windows Phone and needed to figure out how to delete some photos and videos without losing them forever. So, naturally, the first thing I thought of was to back them up to my Surface. If nothing else, when I travel, I need a reliable and quick way to free up space on my phone.

If you have one, you already know that the Windows Phone has a feature to automatically backup to your OneDrive – which I do use. However, it can be confusing to try to figure out what gets deleted and from where, once you start deleting files from OneDrive, and I didn’t want to lose any of my pictures or videos.

So, instead of bothering with all that, I decided that the best course of action would be to backup my phone via a USB cable directly to my Surface.

And that’s exactly what I did. Once I connected my phone to my Surface, a message popped up asking me if I would like to install the Windows Phone App.

Hmmm…. I was not familiar with this app but thought it sounded interesting and so I did a little bit of research and decided to install it. Let me tell you, I am very glad I did because it is super useful!

In either case, after you install the app, follow these steps to get it configured and working with your Windows Phone: 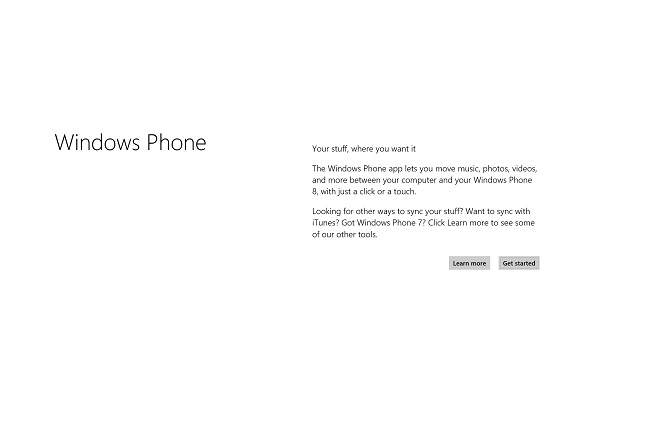 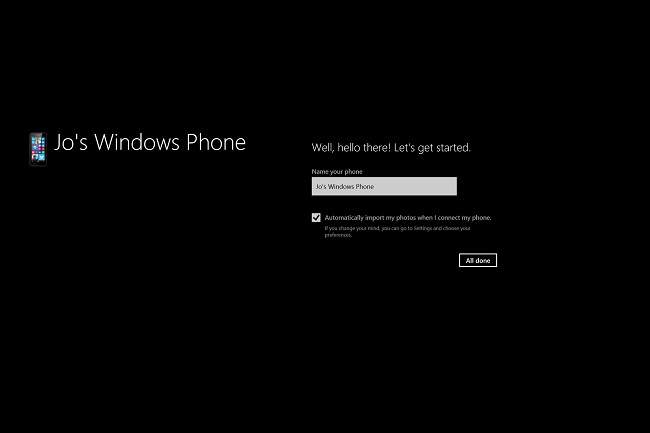 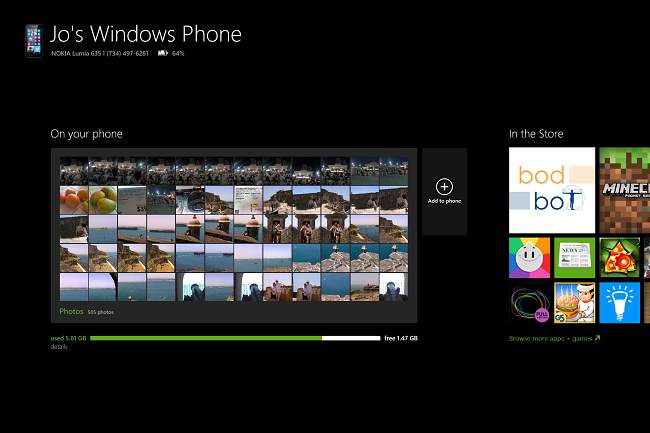 Windows Phone App: What It Does

As soon as the USB cable with your phone is plugged in, it will begin the sync process (unless you change that in default settings). The app creates a folder on your Surface’s (or other PCs) local pictures folder called “from <phone name>” and it mirror copies all pictures from your phone to this folder.

The following folders will be synced:

If you want to add files your Phone from your Surface, simply click the +Add to phone button and you can add these types of files to your phone:

In addition to managing your pictures, videos, etc., it can also be used to install apps to your phone and even access the find my phone web app but, to be fair, it’s doing so by sending you to external web pages. The app itself can’t really do much besides copy files back and forth between your phone and Surface.

Windows Phone App: How to Delete Files From Your Phone To Free Up Space

Since my goal of this whole exercise was to remove all pictures and videos from my Windows Phone to free up space but not lose them, I’ll cover the best way I found to do so: 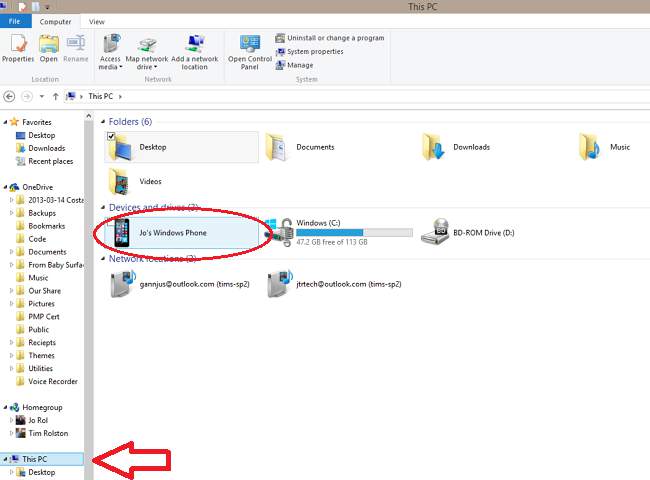 Just so you know, you can also delete pictures by selecting them within the Windows Phone App one at a time but I just felt that the above steps were more efficient.

Warning: If you use this method, be careful not to delete any other files or folders other than pictures and videos, otherwise you might be reloading or replacing your bricked phone.

As with most things, there are some limitations to be aware of:

It is extremely helpful in safely offloading pictures and videos from your phone but is a bit clunky to use. Also, since the non-backup features are really just links to web applications, I wouldn’t really say they are a feature of the Windows Phone application.

That aside, I feel this is a super useful tool for backing up and (when needed) cleaning up your Windows Phone, especially when you are on the road and your phone fills up with pictures and videos, like mine did.