The new Windows 8.1 Update 1 has been making news lately with its recent graduation to RTM (release to Manufacturer) status. This means that it’s getting close to being available to the poor slobs like us. It’s expected to be ready for download via MSDN April 2nd and then generally available through Windows update on April 8th.

So, you might be asking, why all the hype? Do I care?

The answer is “maybe”. If you use your Surface almost exclusively as a touch screen tablet and don’t run desktop apps very often then you probably don’t really care about the update too much.

However, if you use your Surface as a desktop replacement (with a keyboard and mouse) or you run a lot of desktop applications then you really care about this update and the new features it offers.

In this section, we’ll go over a couple of features that will be of benefit to folks who use the Desktop mode a lot.

Pin Metro apps to the Taskbar: Some of the leaked screenshots indicate that Update 1 will allow Metro apps to be pinned to the desktop taskbar, this means users in desktop won’t have to go into Metro before accessing them.

However, from the images, it’s not clear what happens when the icons are clicked. Does the app run “windowed” in desktop or does it just take you back to Metro and run there? Mary Jo Foley from ZDNet, asked that question a while back. So far, no one really knows. 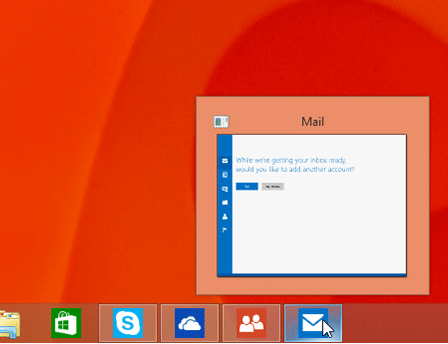 We do know that ModernMix from Stardock will let you run Metro apps windowed in desktop mode, so it is possible.

Application Preview: You’ll also note that the Windows 7 popup preview of minimized apps is back as evidenced in the screenshot above.

Application Close Button: Metro apps will receive their own close button in the top right corner, closely mimicking the way they’re shut down on the desktop. At the moment, those apps are closed via the keyboard or a touch or mouse gesture. 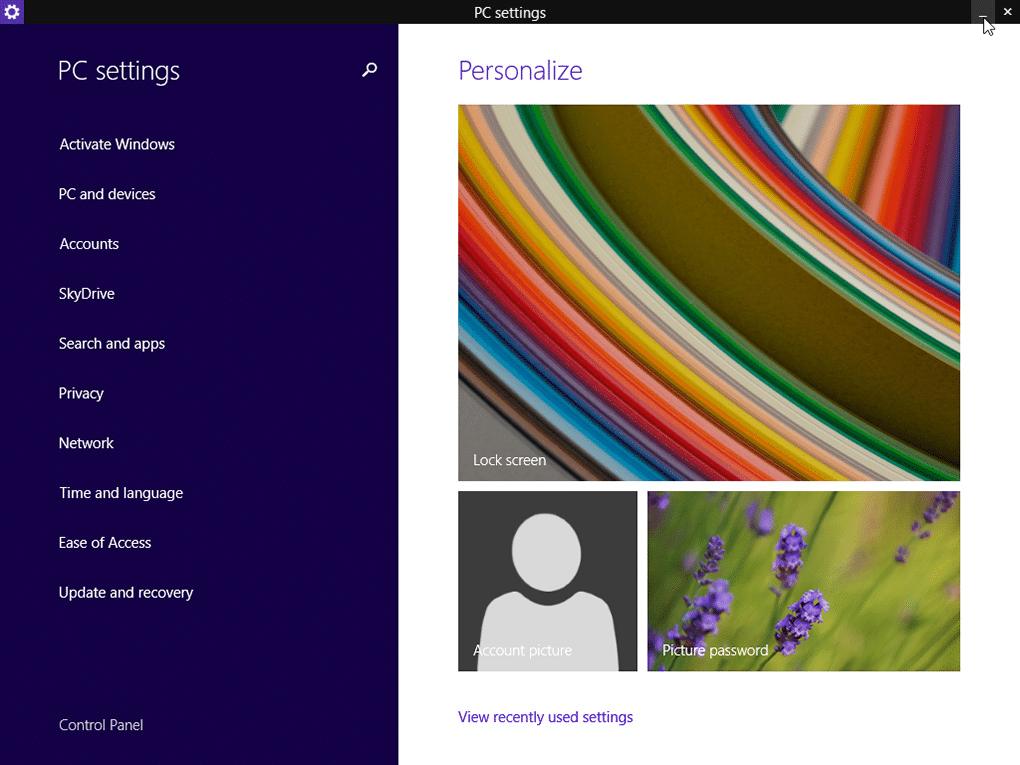 OK, now let’s cover a couple of features that touch screen users may find handy. I imagine most Surface owners fall into this category.

Easier Shutdown from Metro: Leaked screenshots also suggest Microsoft will make it easier to shutdown your Surface from Metro, with the addition of a dedicated minimize and shutdown button in the top-right corner of the Start screen.

Currently, shutting down your Surface requires you to bring up the Charms bar then the Settings menu before seeing the power options. This would make it just a little bit easier. 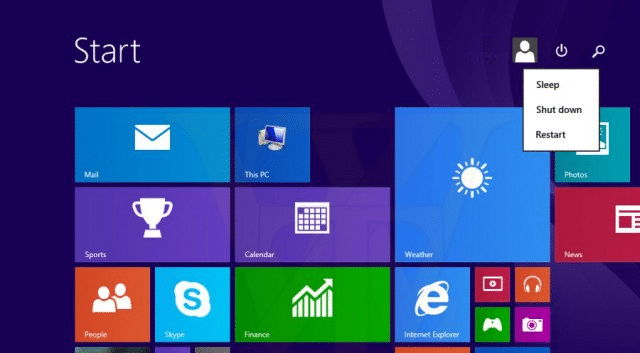 Easier Search: If you look at the same screenshot (above) you’ll also see that there is a Search icon next to the power button. If that makes it into the final update, searching your Surface will get just a little easier (even if it is just one tap)

It’s important to note that this is not a complete list of the new features. It’s just some of the more interesting ones. In addition you should remember that all of this is just speculation. Let’s face it, it’s all based on leaked code and screenshots but I’m excited to see the changes because they sound useful.

Windows 8.1 Update 1 Features: Where Can I Get It?

I don’t really recommend you try this unless you know what you’re doing There are a lot of risks and you could lose data, or even damage your hardware. If you really can’t wait to try the update, you can find instructions for installing the leaked version below.

If you try it, I would suggest you use a virtual machine (per my recommendation for the Windows 8.1 preview) to run it on. Remember that you are doing this at your own risk and are solely responsible for whatever bad things happen.

First, download the correct version of the update files. If you’re using a virtual machine, it depends on how you set it up (32 or 64-bit) if you’re going to try to run it on your Surface (I wouldn’t) then use the 64-bit version.

It will probably take a long time to download.

Once you’ve downloaded the files, there are six separate patches that need to be installed in a specific order as listed below. Your computer or VM may need to reboot a few times during the process.

After the last reboot, you will either have a leaked version of the update running on your computer or a very expensive paperweight.