Where is the time going? Wasn’t it just summer a little bit ago?

Anyway, here’s this week’s list of Surface related news stories for your information and entertainment.

Earlier this week Microsoft released firmware updates for both the Surface Pro 4 and Surface Book. The update was mainly to address some issues that folks have been experiencing with both of the new devices (mainly the video flickering). Here’s a detailed rundown of the included updates:

We had a similar story Surface Book is also practically impossible to repair.

Like the SP4, this is due to the way Microsoft has to construct it to get all of the technology squeezed into such a thin case.

However, since you can replace the keyboard section easily enough, I think there’s some room for battery swaps and dGPU upgrades in the future. The only question is: will Microsoft offer such upgrades?

People in the fast track of the Windows Insider program have started receiving build 10586 on their devices. This build seems to be the Threshold 2 update which should be the “final and everything fixed” version of the initial release.

Anything after Threshold 2 will be considered “improvements” to Windows 10. Yeah, semantics, I know…

So what dues this build fix? Here’s the list from Microsoft:

Unfortunately there are still some known issues:

Anyway, assuming the people testing the 10586 build don’t find any showstoppers, us “regular folks” can expect to see this update in a month or two. 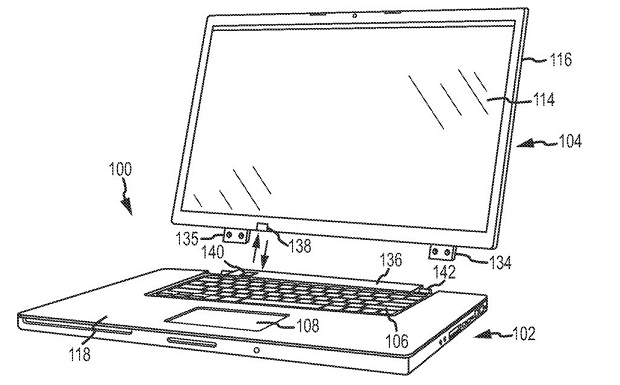 It used to be that Apple was the “trendy innovator” and Microsoft was the “has-been that copies and steals everything and makes minor improvements” but have the tables turned?

According to Patently Apple, Apple recently filed a patent for a device that look an awful lot like a Surface Book. Considering that Tim Cook (Apple’s CEO) has referred to hybrid devices as “Toaster Fridges” that “are probably not going to be pleasing to the user“, it seems a bit hypocritical.

Apple’s hybrid device would feature most of the outward features of the Surface Book but would link the two halves wirelessly with the tablet portion being, essentially just a screen. The processor, storage, and main battery would be in the base section.

If you’re waiting for a Surface Pro 4 in India, your wait is almost over. A few days ago, Microsoft announced via SP4 will be available in early 2016.

During the Future Unleashed conference that happened in Mumbai on November 5th, Microsoft CEO Satya Nadella seems to have narrowed the time-frame down to January.

Still no word on when the Surface Book will arrive but Microsoft India said they’ll keep everyone posted on future developments. Hopefully, our friends in India won’t have to wait long if they’re holding out for a Surface Book.

Microsoft is cutting the space it offers to Office 365 users via OneDrive from unlimited to just 1TB. This makes Microsoft the second major company to cut online storage limits due to abuse by some users. Amazon was the first.

So, starting next year, Microsoft will also reduce the free OneDrive option from 15GB down to just 5GB. Microsoft says the new allotments are because “a small number of users backed up numerous PCs and stored entire movie collections and DVR recordings. In some instances, this exceeded 75 TB per user or 14,000 times the average“.

As you might expect, though, Microsoft will still be happy to provide you additional OneDrive space if you pay for it.

As usual, I’ll be posting yet another crop of news stories related to the Microsoft Surface line of devices next week.