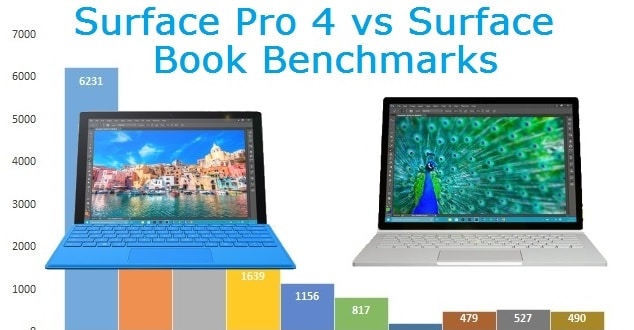 If you’re still on the fence trying to decide between the Surface Pro 4 and Surface Book, this article may be just what you’re looking for. I’m going to compare some benchmarks between the two devices so you can see the difference in CPU, graphics, and battery performance.

One last thing, since I haven’t had an opportunity to use any of the new devices for extended periods of time, I was only able to get one set of benchmarks from each as opposed to averaging 5 to 10 benchmark runs together, like I normally do.

Be on the lookout later for my normal, and much more rigorous, “real-world” benchmarks a few weeks after the devices are released.

For the CPU test, Google Octane 2.0 and Kraken 1.1 was used to benchmark the devices. You can see the comparative charts below: 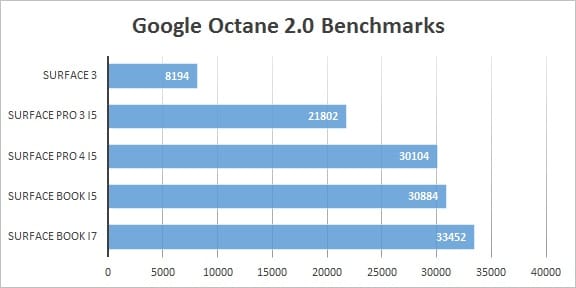 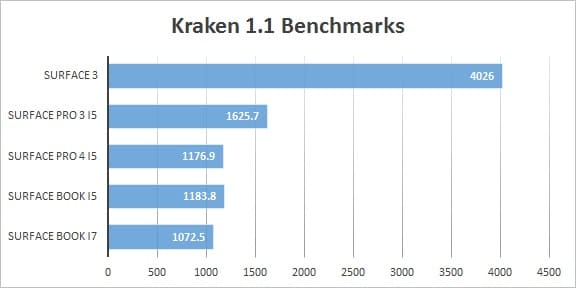 For graphics testing, the 3DMark Ice Storm and SkyDiver Unlimited tests and produced the following results: 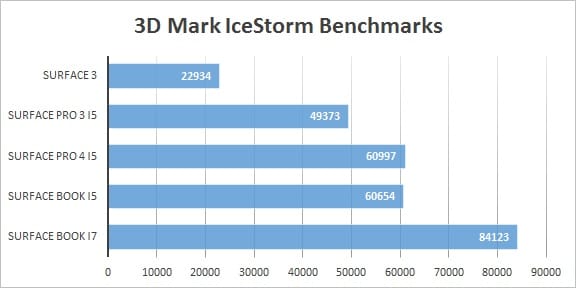 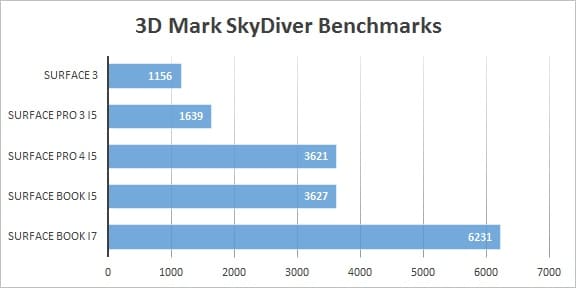 For both tests, a higher number and longer line are better. That i7/NVIDIA GPU combination sure does make a difference, doesn’t it?

In this test, Mobile Mark 2014 was used to benchmark the battery life of the various devices. You can see the results below:

At 479 minutes, the SP4 scored almost as well as the Surface 3 but, funny enough, the SP3 outscored them both with a 527 minute (8 hours, 47 minutes) result for this test. That’s probably because the SP3 has a 42W/Hr battery while the SP4 only has a battery rated for 38W/Hr and the Surface 3 only 27W/Hr.

Keep in mind, during my earlier, real-world testing on the SP3 battery, I wasn’t seeing this level of performance; so, take it for what it’s worth.

Still, 479 minutes is pretty impressive for such a powerful and light device. I just hope it pans out “in the real world”.

While there were really no surprises, it’s always nice to see this type of assumption-affirming data. Hopefully, this data helped you make up your mind if you were still on the fence about which to get (an SP4 or Surface Book).

If you already decided, then I hope the data makes you feel a little more justified in your decision.