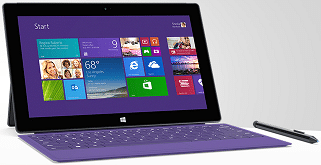 In a bit of a early surprise announcement, Microsoft announced the Surface 2 will be available for pre-order starting at 8:00 AM September, 24th (Tomorrow).

We were a little caught be surprise (as a lot of folks were) but we’re watching the launch video and searching for more details as we type. So, here’s what we have so far for Surface 2 pricing and availability…

We’re also writing up an analysis of the specifications in comparison to the original and a list of the new accessories including a docking station and powered backlit keyboard cover that will greatly increase your battery life.