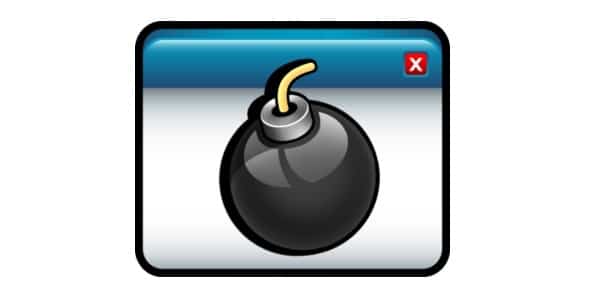 Now, most people know you can bring up Task Manager to see a list of running processes by hitting Control-Alt-Delete on their keyboard.

But, what if you don’t have a keyboard with you?

In this article, I’m going to talk about a couple of things:

It’s actually pretty easy. All you have to do is drag your finger from the top of the screen and “hold” the app near the bottom of the screen until it flips over.

If you just swipe all the way down without holding it until it flips over, the application will continue running in the background. If what I wrote doesn’t make sense, check out the animation below, where I force-closed Internet Explorer using this method:

There are a couple of things to keep in mind when using this method to force close apps on Surface tablets...

If you need to kill apps en-masse or from the Desktop, using Task Manager is still your best bet.

Note: if you have a mouse (but not necessarily a keyboard), you can click anywhere at the top edge of your app and click X to close the application – just like you would in Desktop. This assumes your app is not frozen.

Like I said before, most people know how to do this with a keyboard (Control-Alt-Delete) but, you can also do it without a keyboard by pressing the Power Button and Windows button at the same time: 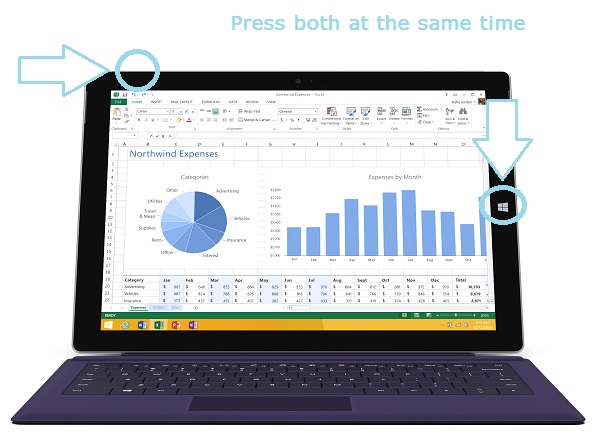 Doing so will bring up the following screen: 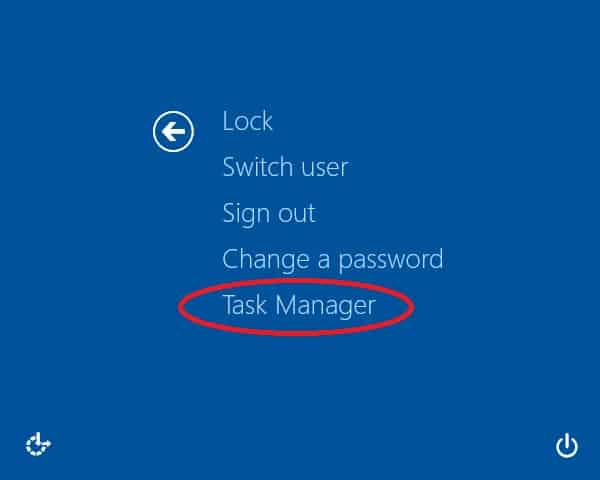 Choose Task Manager and it will open in the Desktop. From there, simply kill the app(s) you don’t want running from under the Processes tab.

You can also use the search function (swipe from the right to bring it up) to search for Task Manager and open it that way.

That’s it. Now you know multiple ways to force close apps on Surface tablets when you don’t have a keyboard.