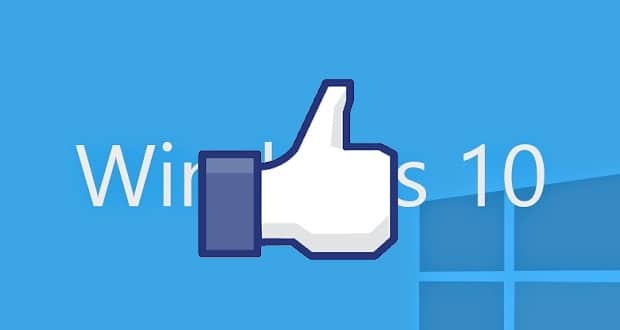 Windows 10 will be available next week (July 29th); so, if you’re still on the fence whether or not you will be upgrading, here’s a list of 10 reasons you should upgrade your Surface to Windows 10.

To get this article started, check out this video that Microsoft published last month – it will give you a quick overview of some of the features of Windows 10.

Now that you’ve seen some of the new features, here’s my list of 10 reasons you should upgrade your Surface to Windows 10:

Reason 1 to Upgrade My Surface to Windows 10: It’s Free

Microsoft has been pretty clear that upgrading to Windows 10 will be free. Better yet, Microsoft has committed to providing free updates to your copy of Windows 10 for the life of the device (2-4 years).

Reason 2 to Upgrade My Surface to Windows 10: Continuum

Windows 10 can automatically change itself depending on whether your Surface is in laptop or tablet mode.

For example, Windows 10 will go into “tablet mode” if you disconnect the keyboard cover from your Surface. When in this mode, it shows you a full screen start menu (similar to but not exactly like the Metro Start Screen in Windows 8.1). It will also display more touch-oriented controls.

If you re-attach your keyboard cover, it will go back into “desktop mode” with a normal sized start menu and controls for a touchpad or mouse.

I think it will take a bit of getting used to but, once you make the transition, it will be smooth and work very well.

Reason 3 to Upgrade My Surface to Windows 10: Cortana

With Windows 10, you’ll be able to ask your Surface to do useful things like send an email or remind you of an appointment via the Cortana feature.

Cortana is the same Digital Personal Assistant built into Windows Phone and, if you happen to have a Windows phone (or, soon, an Android phone), she’ll work across both devices seamlessly (at least, that’s what Microsoft is promising)

Oh, and Cortana doesn’t care if you curse at her; so, you can keep yelling at your Surface when something goes wrong. 🙂

Reason 4 to Upgrade My Surface to Windows 10: Office Touch for Windows 10

Microsoft is including a touch-friendly version of Office apps (Word, Excel, PowerPoint) with Windows 10. This is similar to what they did with Windows RT (so, you can expect that there will be a bit of missing functionality).

That said, like the Windows RT versions, touch Office apps will do about 95% of what most people would want them to do. Better yet, they will do it with a more touch-oriented interface so you will actually be able to use them on your Surface without a keyboard.

Reason 5 to Upgrade My Surface to Windows 10: Improved Built-In Apps

Reason 6 to Upgrade My Surface to Windows 10: Improved Action Center

Another advantage it has over the Windows 8.1 version is that you’ll actually be able to  go back and look at the entries you missed.

Reason 7 to Upgrade My Surface to Windows 10: Edge Browser

Internet Explorer has been the butt of jokes for about 20 years now; hence, it’s about time Microsoft did something to improve it.

Reason 8 to Upgrade My Surface to Windows 10: Virtual Desktops

For some time, more-sophisticated Linux and Mac users have found the ability to switch among several virtual desktops useful because it lets them better organize their work.

Let me give you an example….

Let’s say you are working on 2 projects at the same time that both require you to have several applications open at the same time. With a single desktop, all of those applications are mixed together on the same screen making it cluttered and difficult to find the window you’re looking for.

This is especially true on a smaller screen like the one on your Surface.

With virtual desktops, you’ll be able to create multiple virtual desktops and organize the applications for each task so that they only appear on one of the virtual desktops. Then, you just have to tap (or click) the task-switching icon next to the Cortana search box in the taskbar to jump between the tasks.

Reason 9 to Upgrade My Surface to Windows 10: XBox App

If you’re a gamer, like me, you’ll love the integration with Xbox that Windows 10 offers.

Not only does the Windows 10 Xbox app let you keep track of your friends and game achievements but you’ll also be able to stream games from the console to your Surface and even play multiplayer games against other players on XBox.

I’m really looking forward to this feature. Joanna – not so much (she says I play too many video games as it is). 🙂

Reason 10 to Upgrade My Surface to Windows 10: Scheduled Restarts

How many times have you been on your Surface and it interrupts what you’re doing to say it’s going to install updates and restart your Surface? Annoying, right?

Well, if there’s an update that will need a restart you can have Windows 10 ask when you want to schedule that to happen; as opposed to it waiting until you’re in the middle of something.

Yes, I know it just seems that way and Windows is not actually waiting for me to be in the middle of something before starting updates but it happens a lot!

If you have a Surface Pro (1/2/3) then you’ll even be able to block restarts, so they don’t happen during working hours or on certain dates. Nice, huh?

Reasons to Upgrade My Surface to Windows 10: Conclusion

Personally, I’m going to upgrade pretty much right away (though I may wait a day or two just to let someone else find any crippling bugs first.)

I’d like to point out that there is also an underlying reason to upgrade, aside from any features listed above. And that’s to take advantage of advances that come with newer technology; simply experiencing the little improvements and updated design, that accompany a new version of Windows, can make using your Surface that much easier and pleasurable..