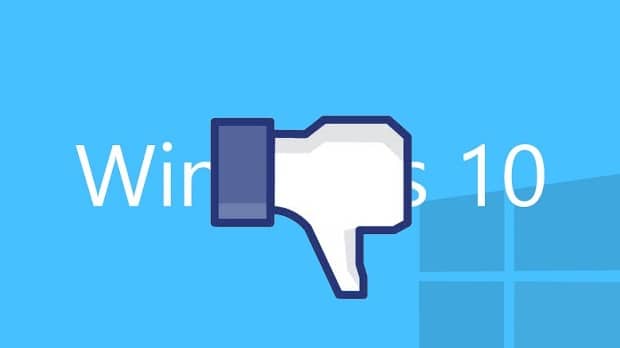 A few days ago, I did an article titled Surface to Windows 10 – yes, I know I’m playing devils advocate but I think you should have both sides of the debate available to make the right decision for yourself.

Below, I have 6 reasons you may choose to either not upgrade, or at least, delay upgrading your Surface to Windows 10. Don’t get confused by the fact that there are only 6 “AGAINST reasons” because some of these are pretty big reasons to forego or delay the upgrade to Windows 10 on your Surface Pro or Surface 3 tablet.

Reason 1 NOT to upgrade your Surface to Windows 10: No Metro

I know one of the things Microsoft is touting as a reason (and I did in my last article) is the Continuum feature that automatically switches between tablet and desktop formats, depending on your device.

When designing Windows 8, Microsoft more heavily favored the tablet (touch) devices but the keyboard and mouse driven machines were seemingly an afterthought. For Surface owners, this was great. We got an operating system that worked very well on our modern touch screen devices.

Unfortunately, it seems there were more people with mouse and keyboard machines than touch-screens and they complained….. a lot….. about how Windows 8 and 8.1 just didn’t work well for them. As we can see with Windows 10, Microsoft has decided to take those complaints to heart, do a 180º and shift the balance back towards the mouse and keyboard devices. The end result is that Windows 10 feels like it was designed for old-school desktop computers with tablet support being an afterthought.

Does Continuum work? Yes, I think so but it’s not as “Surface friendly” as Metro.

Reason 2 NOT to upgrade your Surface to Windows 10: OneDrive Placeholders

Windows 8.1 offers something called OneDrive placeholders, also called Surface. If you try to access an online-only file on your  Surface, the file is downloaded from the cloud at that time – it is seamless.

As you know, having your files “be available” but not taking up precious space on your Surface’s rather limited hard drive, is very valuable.

Unfortunately, when Windows 10 comes out in a few days, OneDrive placeholders won’t work due to a design change. The new design does offer some additional flexibility in selecting what gets synced (thanks to Tina Sieber @ Digital Trends for writing this up) that just wasn’t there in Windows 8.x. However, it means you may need to start going to two places (your local OneDrive folder and the Web Client) to see all of your files – if they won’t all fit on your Surface’s hard drive. Alternatively, you could map a share to the OneDrive files to see them all but, to me, this seems redundant – doesn’t it?

Microsoft says it will try to bring OneDrive placeholder functionality to Windows 10 in the near future. But if offline-only files (and the valuable drive space they free up) are important to you now, don’t upgrade until they work with Windows 10.

Reason 3 NOT to upgrade your Surface to Windows 10: Edge is Lacking a Bit

Microsoft Edge is replacing the venerable, default web browser, Internet Explorer, in Windows 10. Unfortunately, the replacement needs to bake a bit more, as it’s missing some important and useful functionality.

For example, currently, you can’t pin a site to the taskbar from Edge or drag a tab from one browser window to another. At the moment, you can’t even drag a file into the browser window to upload it to OneDrive. But the big feature that is missing from Edge is support for most of the add-ons and plugins that Internet Explorer supports.

Like the Offline Files functionality, such features are both planned for a future update of Edge sometime this autumn, maybe….. assuming plans don’t change.

Reason 4 NOT to upgrade your Surface to Windows 10: Bugs

The first version of any OS is almost always buggy. Hey, even new models of cars have problems until all the bugs get worked out.

Yes, I know Microsoft has had a very public beta test via the Windows Insider program and they have gathered a lot of feedback to help them make sure Windows 10 is as solid as it can be. However, Microsoft can not possibly think of every scenario that their product will be subjected to by millions of people.

There will be bugs that simply didn’t get addressed because they didn’t come up during testing and beta testing, and more beta testing.

The result is that there could be something wrong with Windows 10 that might only affect 1 out of 200 users but if it’s a big bug, like for example, losing random pictures from the hard drive. And, if you happen to be one of those unlucky people and you lose the last picture you had of your, now passed, grandmother – you would be pissed, right? This is an extreme example but I think you understand what I’m saying here..

It’s a roll of the dice. The odds are in your favor that things will be OK but it’s not an iron-clad guarantee with a brand new product.

Reason 5 NOT to upgrade your Surface to Windows 10: Application Issues

This falls into the same vein as reason 4 (bugs). Just like there could be things that break with Windows 10 that no one expected, there will likely be applications that also have problems – especially if they were designed specifically for Windows 8.X. This time, it would not be Microsoft at fault (per se), rather it would be the publisher of the application. They can’t possibly test for every scenario and so it’s likely that tweaks will be needed..

It’s also possible you have an old application that you need for your work/school/etc. but the company that made it went out of business 10 years ago so there’s no one fixing or updating the code for new versions of Windows – it’s time to ditch that Windows ME version of Tetris –  aha! see..? You may laugh but this happens in academia all the time. In this case, and you have to have that old piece of software, the “safest” (if not only) option is sit tight on Windows 8.1 – providing everything is working now.

Reason 6 NOT to upgrade your Surface to Windows 10: You’re Happy with Windows 8

Maybe you’re simply happy with Windows 8.1 and don’t want to change. I know there’s a lot of pressure from modern society to keep up with the Jones’s when it comes to technology but maybe you’re just tired of change just because everyone else does it.

That’s OK. Personal satisfaction with technology (hell, with just about anything for that matter) seems to get a bad rap nowadays. It’s almost like no one cares if you’re happy or get something useful out of change so long as you keep buying (I’m looking at you Apple, for starting this crap).

I’m here to validate your happiness today. If you don’t want to change. Don’t do it.

I hope I gave you some food for thought. My goal with this article is not to try and talk you out of upgrading your Surface to Windows 10. I’m just trying to make sure you are aware of some of the reasons you might not want to do so.