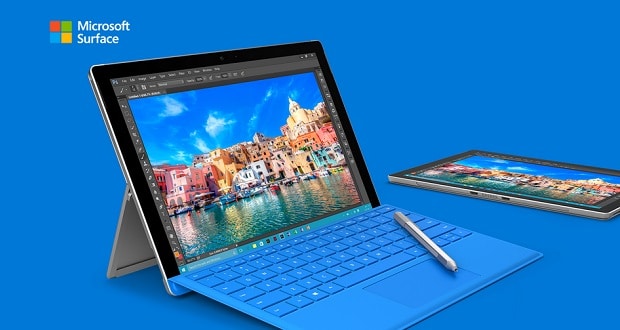 But, who cares about those other things, right? This is Love My Surface. Let’s talk about the new Surface Pro 4 first. You can watch the official Surface Pro 4 launch video below:

Don’t worry, If you want to read about the Surface Book then follow this link!!!

While we don’t have all of the details yet, we do know that the new Surface Pro 4 will be available for pre-order tomorrow (October 7th) and will be shipping October 26th.

From the information presented at the briefing, we know it will offer the following:

As a gamer, I’m particularly excited about the new Skylake CPU and it’s integrated IRIS GPU. It will really improve my gaming performance. I’m also excited about the larger RAM and hard drive options as I do occasionally run out of space on my current Surface. I’m also surprised that the camera seems to be capable of supporting Windows Hello (facial recognition) as most tech writers (myself included) thought there simply wasn’t enough space to cram it in there.

However, it’s not really revolutionary, it’s “merely” evolutionary. For the revolutionary piece, give me a few minutes to write up my impression on the Surface Book.

Now, on to the Surface Book…