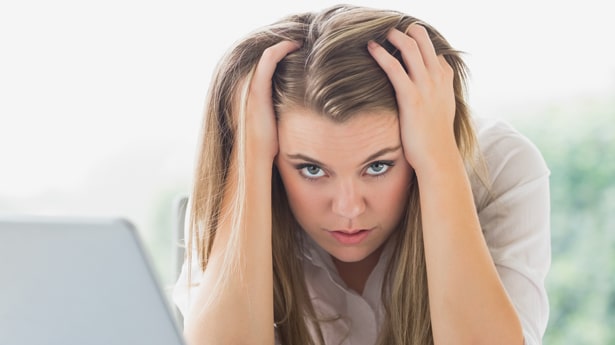 Microsoft seems to have no luck with updates lately.

Now, people are complaining about an issue that causes default file associations (or default programs) that Windows 10 uses to open files and perform tasks (like your default web browser) are suddenly broken and reset back to the Microsoft defaults.

For example, you may be a victim of this problem if Microsoft Edge suddenly becomes your default browser, even though you set Chrome to be your default. Or, if an application your Surface uses to open a specific file type suddenly changes and/or you get an error stating something like… “An app default was reset. An app caused a problem with the default setting for .avi files so it was reset to Films & TV.”

These issues first started popping up about a week ago and has been traced to the cumulative update (KB3135173) released last week. Specifically, it seems that after the update, certain (mostly Universal Apps) Microsoft applications seem intent on becoming the default program for multiple file types, like picture and movie files.

Many people seem to have fixed the issues by rolling back the update or restoring from a System Restore Point. Unfortunately, unless you take steps to disable the automatic installation of Windows Updates, the patch keeps trying to reinstall itself (and again messes up your file associations in the process).

On the plus side, aside from the file association resets, the patch does not seem to cause any additional problems.

Many people would prefer to not go through the pain of a rollback. If you’re one of those people, I have some good news for you.

The folks over at WinhelpOnline came up with a registry file that you can use to prevent Windows 10 from changing your file associations. For your convenience, they bundled the fix (w10_stop_reset-fileasso.reg) along with a file to undo the fix when you’re ready (undo.reg).

If you’re curious about the contents of the reg file, you can see it listed here:

Before we get to the workaround, you need to know that this registry edit also hides the Universal Apps in “Open With…” dialog boxes for the corresponding file types. In other words, if you right-click on a file, you will not get the option to open a file with one of the Universal apps. If for some reason, this is a show stopper for you, don’t apply this fix.

If you don’t care about the “Open With…” caveat, you can apply the fix by following these steps: 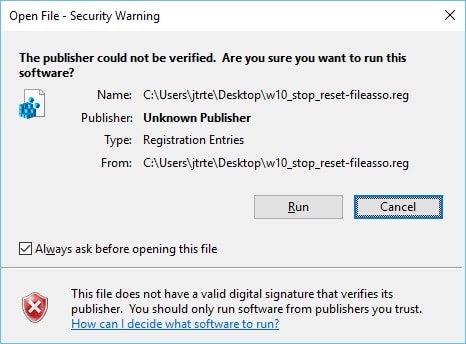 After applying the w10_stop_reset-fileasso.reg file, open your Control Panel and browse to Default Programs. Once there, you can set file associations and default programs however you like and they won’t be overwritten.

If/when you want to undo the change, just follow the same procedure but run the included undo.reg file instead.