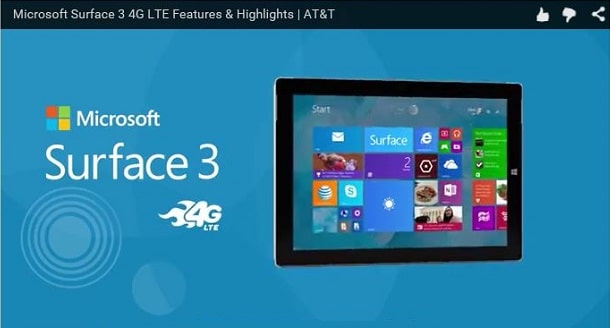 OK, OK – it is just our luck that the Surface 3 LTE USA announcement came from AT&T yesterday, right when we were in the middle of a major site upgrade.

Nonetheless, here is the scoop on the release and pricing:

LTE capable Surface 3 will be available in their USA stores for purchase this Friday, July 24th. Finally!

The Microsoft Online Store, however, still doesn’t yet show them available, so I guess they are waiting until last minute..? Or perhaps, they will only be sold through AT&T for a while..?

Here is what Microsoft said a couple of weeks ago: “Following availability to business customers in these markets [Germany, United Kingdom, France, and Spain], we’re also looking forward to offering Surface 3 (4G LTE) at retail and through commercial resellers in France, Germany, the United Kingdom and the United States in the coming weeks.”

OK, now that we know Surface 3 LTE is arriving this week, the other big question is:

How much will it cost?

Reportedly, the prices are going to start at $599 for the 64GB model – unlocked. However, it is not clear whether this price is going to include 2GB or 4GB of RAM. Earlier, business customers received as special configuration of 64GB with 4GB of RAM. This option is not available through the Microsoft Online Store but we sure hope it will be via AT&T.

I guess we will all find out more on Friday. Here is their release video: