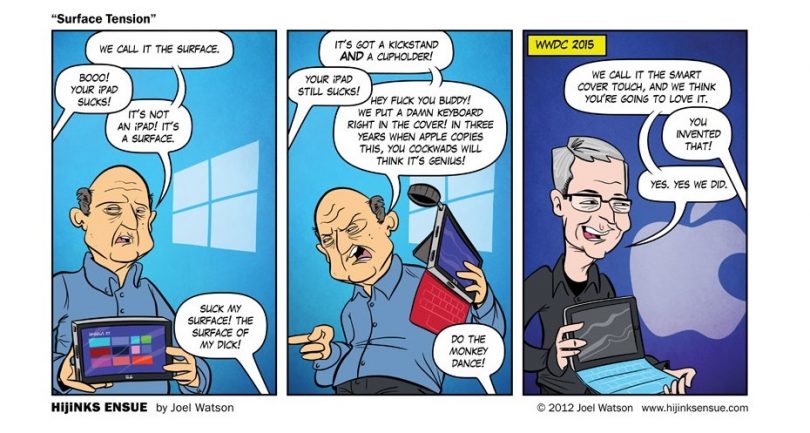 In case you haven’t seen this already…. Accurately predicting the future is quite a trick and only a few seem to be given credit for successfully pulling it off…

Watson captured the moment when Steve Balmer announced the original Surface tablet (in 2012), in a comic strip on his hijinksensue.com website. Aside from predicting that the Apple announcement would happen at WWDC 2015 and the name of the Smart Keyboard, he was remarkably accurate.

Hopefully you’ll get a chuckle from this just like Joanna and I did.